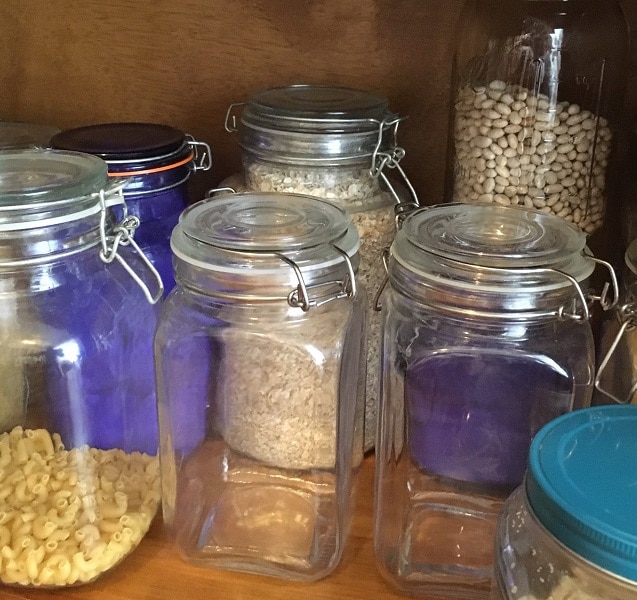 My wife no longer likes to buy food.  She still does, but not as often and very reluctantly.  Oh she’ll hop in the car six times a weekend to shop at Michael’s, Hobby Lobby, and Joann Fabrics, but if I ask her to get a loaf of bread or a bottle of Glucosamine on the way, she sighs, droops her shoulders, and pantomimes the walk of a lost soul.  Little by little and increasingly I buy the groceries.

A week before Christmas I got the list, which had grown to a page and a half, and went to Exwork.  Needed milk and creamer, eggs and bread, ground cloves and rubber gloves, and twenty-one other things, some of which she added as I was trying to leave.  Most were standard, but a few were beyond my interest. I found the Downey blue-lid softener just fine, but I wasn’t sure about the Febreze, so I bought one that was labeled “Pet Odor Defense.”  She didn’t complain. But I got hand sanitizer instead of hand soap for the kitchen, and she didn’t like that, so I put it in the small bathroom and use it to wash; I don’t see the difference.

She added cat litter, and wow is that something I never want to buy!  I looked for Quicksand Kitty Litter, but they don’t make that. (I’d need a deeper box, anyway.)  And then she called me for more sugar, and a bulb for one of her village houses. I didn’t want to get that because it meant I had to go the Garden Center (now full of Christmas) which has become a melancholy place, where I used to love to work.  Then she texts me that she needed more quick oats for her oatmeal cookies.

I brought home a package of bulbs, which I finally found in Hardware, but while looking for white distilled vinegar in the lettered aisles I forgot about the oats.  My wife was angrily disappointed. She had cookie dough in her Kitchen Aid mixer, but no oats. I suggested she use the other hot breakfast food and make Cream of Wheat cookies.  But nope, and she went to the store. Oh, she tried to flirt me into going, but I’d already spent two hours at Exwork and got gas for her Soov, so nope, I was all done driving.

After she came back with a cardboard silo of oats, I remembered that months ago she had stocked a farmer’s wife’s collection of rubber-sealed clamp-jars in the china cabinet.  And sure enough, along with powdered sugar, brown sugar, rice, beans, and macaroni, there was a tall jar full of quick oats. Clearly being a farmer’s husband is going to be financially confusing.  She was embarrassed that she had forgotten about them and apologized.

Soon later, she bothered me that the bulbs I bought didn’t work.  I took over and discovered she had plugged the extension cord into itself.  Yes, life here is often like a cartoon. But I defend her by insisting that she was simply distracted with her baking.  That evening we were both happy: she had her village houses all lit up, and I had lots of quick oats cookies.