Springstead leads 5A District 6 in boys basketball, Zephyrhills close behind 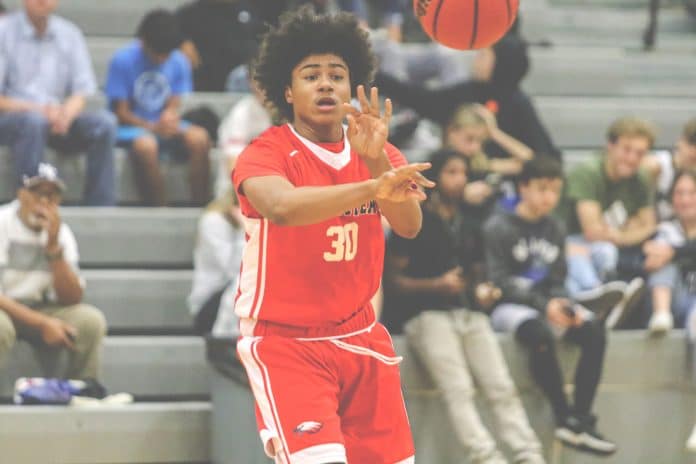 The Hornets’ first appearance against Springstead ended with a 76-24 loss on December 6, 2019. On Friday Jan. 17, it was a tough loss to Springstead yet again for Weeki Wachee. The Hornets did manage to get some improvement in the final score ending the game at 77-44.

From this moment on, Springstead has some major contenders to face moving into end of the season.

“Central is definitely one of the games we have marked on our calendar just because of the type of game we had with them earlier this year. It’s a good test for us,” Springstead basketball coach Matthew McGarry said.

McGarry also remarked that there are two teams he is focused on: Fivay and Zephyrhills.

Fivay at eight wins and five losses is still a concern for McGarry.

“It’s all about who shows up that night,” McGarry said. “That’s the tough part dealing with high school kids, is you never know which group is going to show up that night. They could have a good shooting night, and that could change a lot of things.”

With Zephyrhills at 13-4 and scheduled to take on Springstead on January 29 on their home court, it’s another win the Eagles need to acquire.

“We really want that number one seed going into the playoffs, and those are the guys we got to beat,” McGarry said. “We have been able to have some big wins, and beat some good teams, but it’s just keeping the endgame in perspective for everybody.”

The Eagles leading scorer, Unique Torian is holding the number two spot in scoring within 5A District 6, according to MaxPreps.

“We’re definitely going to go as far as he takes us. He’s kind of like our do-everything guy. But we got a lot of good players surrounding him, and I think that’s why we’ve been so successful,”

Springstead is away from their home court for the next five games until they face Central on January 31 at home.