Selecting Coach, Offensive, Defensive Players of the Year in Football 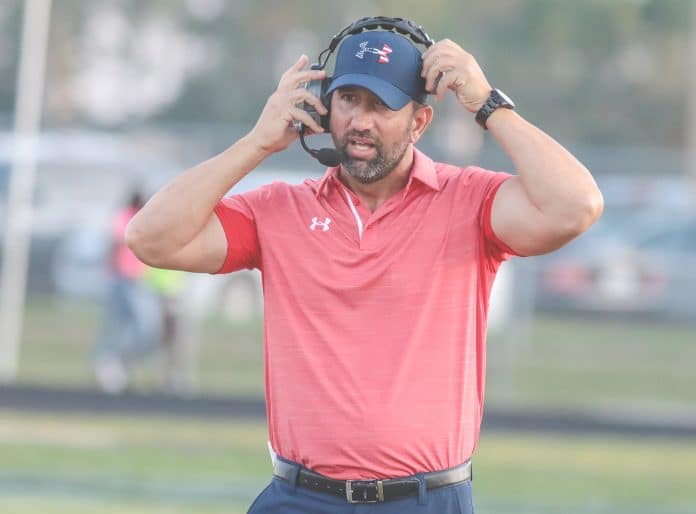 Though the last time a prep football team stepped onto the field was back in November 2019, there’s still some debate on who was the coach and players of the year. Here at the Hernando Sun, we covered Central, Hernando, Nature Coast, Springstead, and Weeki Wachee all season long.  We also covered Hernando Christian Academy’s six-man football. Hernando County saw two teams advance into the Florida High School Athletic Association playoffs and those clubs had some of the top players in the county. We take a look at our selection for Hernando County’s coach of the year and players of the year on offense and defense.

Coach of the Year, Mike Garofano, Springstead: Guiding Springstead back into the postseason was the overall goal all off-season long for the Eagles and for Mike Garofano, he was the mastermind behind putting his team in the right position. The Eagles were able to get back into the postseason based on relying upon their steady rushing attack, rock-solid defense and timely passing game. Garofano guiding Springstead into the playoffs was in a 4-team district that also included Lake Minneola, Dade City Pasco and Lecanto. Springstead has standout players like Max O’Rourke, Anthony Alexis and Adrian Cabrera dotted along the roster. The Eagles had the campaign to remember under Garofano’s watch in 2019.

Offensive player of the Year, Anthony Alexis, Springstead: One of the most explosive players on the offensive side of the football all season long was running back Anthony Alexis of Springstead High School. The speedster was tough to catch in the open field and many opposing teams had to find that out the hard way. Alexis ended the 2019 season with 1,244 yards rushing and scored 13 touchdowns for the playoff-bound Eagles. Alexis was the spearhead of Springstead’s ground-oriented rushing attack and playing the fullback position and wing, he was able to break off big runs every contest. Despite the Eagles bowing out in the regional quarterfinals against Lake Minneola, Alexis was still able to put up some eye-popping numbers.

Defensive player of the Year, Michyl Shaw, Nature Coast Technical: There’s no defensive player during the 2019 season in Hernando County who put up numbers quite like Michyl Shaw. The versatile linebacker could be found all over the field and his 148 tackles validate that stance. Shaw didn’t just make tackles, but he made sure to stop runners in the backfield before they got going. Shaw made 11 tackles for loss and racked up 13 sacks for the 6-6 Sharks. Nature Coast had to lean upon its defense at times and Shaw was the leader of the unit. The playmaking linebacker also recovered four fumbles and picked off two passes. The Sharks ended their season in the regional semifinals when they lost against Orlando Jones on the road.

Leslie Stein
Leslie Stein has over 35 years experience as a Speech-Language Pathologist working with neurologically impaired adults. She received her undergraduate and graduate degrees at the University of South Florida in Speech Pathology.
Share
Facebook
Twitter
Email
Previous article‘Modern Day Billy the Kid’ from Crystal River Will Visit Brooksville
Next articleGames to watch for this week: Hernando County Boys Basketball
RELATED ARTICLES
Uncategorized