Could Tom Brady land in Tampa? 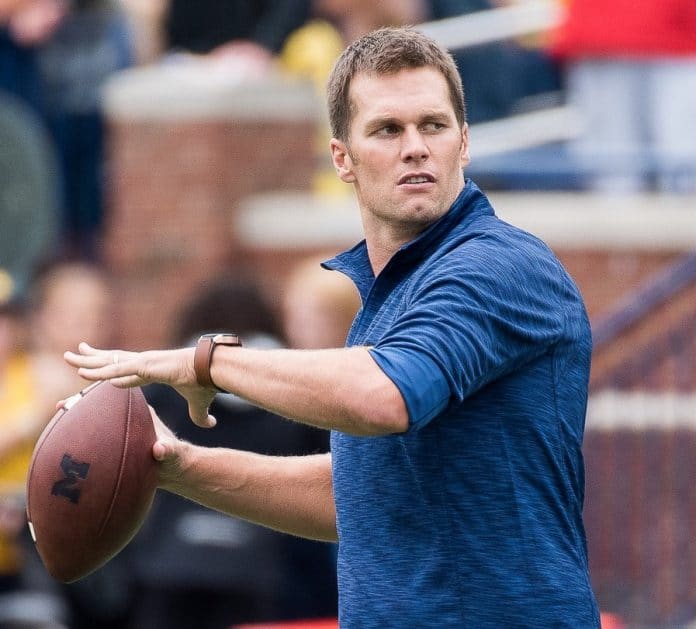 TAMPA- One of the biggest questions of the off-season is now being paired with one of the most intriguing rumors in all of the National Football League: Will the Tampa Bay Buccaneers bring back Jameis Winston and will Tom Brady return to the New England Patriots?

The reason both of those unanswered questions are now in parallel with each other is because a potential departure of Winston from the organization based on moving on could result in the signing of Brady, who is rumored to be considering leaving the only franchise he’s ever played for. Brady is also linked to several other teams like the Los Angeles Chargers, Las Vegas Raiders and Tennessee Titans.

Going from a 26-year old gunslinger like Winston, who became the first quarterback in NFL history to throw for 30 touchdowns and 30 interceptions, to an aging 42-year old signal caller like Brady, who has won six Super Bowl championships but is still producing, is a tougher decision than some may think. Winston became only the eighth quarterback in league history to throw for over 5,000 yards in a season.

Despite such a historic season on so many different levels, Winston comes with huge questions marks to his long-term viability in Tampa Bay. Can the Buccaneers ever get to the postseason with Winston’s volatile play? The answers to that question are endless, as it has created a rift amongst the fan base on whether or not to bring back the much maligned signal caller from Florida State University. Winston ended his 2019 season guiding the Buccaneers to a 7-9 record and through five seasons, not one single playoff appearance.

That’s the biggest issue many Buccaneers’ fans have with Winston is his inability to guide the team to greener pastures. Enter Brady, who has been the model of consistency when it comes to starting quarterbacks in the NFL. Both Winston and Brady finished with nearly identical completion percentages, right around 60 percent. Winston finished with 5,109 yards and 33 touchdowns and Brady finished with 4,057 yards and 24 touchdowns. What separates these guys when it comes to their 2019 statistics? The interceptions are the most glaring stat.

Winston by far led the NFL in the interception department at 30 picks, but Brady despite playing at age 42 was able to continue limiting his interception total. Brady threw just eight interceptions against 24 touchdowns thrown. Those low interception numbers would be extremely appealing to any head coach, especially for Bruce Arians, who seemed very frustrated towards the end of the season with Winston.

One thing Tom Brady is looking for in what will likely be his last contract with any team in the NFL is the weapons on the offensive side of the football. Tampa Bay more than answers every checkbox when it comes to that, as they feature two No. 1 receivers in Mike Evans and Chris Godwin, with tight ends Cameron Brate and OJ Howard in the mix. Oh and throw in the fact that Super Bowl LV is being played in Tampa next year and that adds some extra incentive to becoming the first NFL quarterback to lead a team that’s venue is hosting the Super Bowl to a championship win.

Will Brady end up in Tampa Bay? It’s a long shot, but definitely one worth talking about. Will Winston end up back in Tampa Bay? That’s something a bit more realistic, but with Brady on the market, rumors are going to float and everyone will remain speculating about the future.