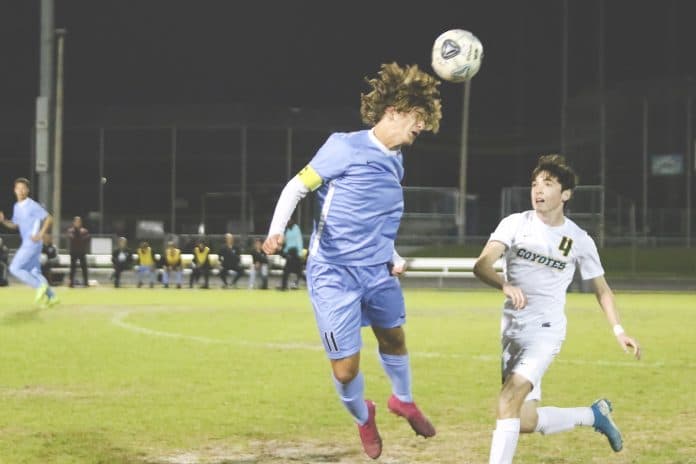 On the girl’s side, it was an intense game with two overtime opportunities to gain a goal. However, the Lady Sharks were defeated by Wesley Chapel 1-0.

“I think Wesley Chapel came out a little bit stronger right at the start of the game, then after that, we applied a lot more pressure, and we are able to take a little bit control of the game,” Nature Coast Tech girls soccer coach Brandon Chitwood said. “There’s always going to be who got that one little chance, that one little opportunity to put the game away, and we almost had it.”

“Of course there were a lot of tears after the game. They really pushed hard for it and I will never question how hard they played or the way they played. It’s just that the ball didn’t fall in front of us quite like it did for them at the most critical time,” Chitwood said. “It was a really good game, but the season is not over.”

Now all the focus will be on Regionals for both Nature Coast Tech’s boys and girls soccer teams.