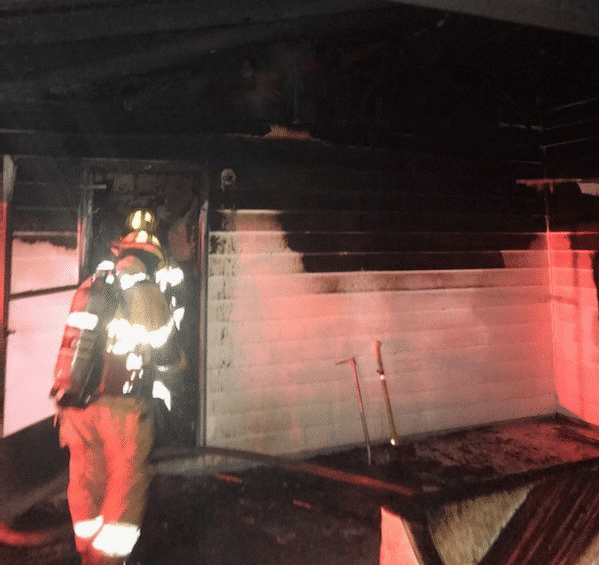 (Spring Hill, FL) Last night at 10:25p.m. Hernando County Fire Rescue (HCFR) responded to a reported house fire at 4386 Cadbury Rd, a residential neighborhood in Spring Hill. Initial reports were of an electrical type fire in the kitchen. The family was evacuating while firefighters were responding.

Upon arrival fire crews encountered heavy smoke coming from the single-story residence. Confirmation of the occupants being out of the structure was made. Firefighters then proceeded to deploy fire hoses into the structure. The fire had spread rapidly, and fire crews encountered heavy fire conditions inside the home. The fire was brought under control within six minutes and verifications were made to ensure all occupants were safe.

Upon HCFR fire crews’ investigations it was determined that the fire originated in the kitchen and was electrical in nature. The home did sustain significant fire damage and is no longer tenable. The America Red Cross was contacted to assist the family that was displaced.

HCFR responded to the scene with 3 fire engines, 2 rescues and 2 battalions chiefs for a total of 15 personnel. No injuries have been reported to civilians or responders.