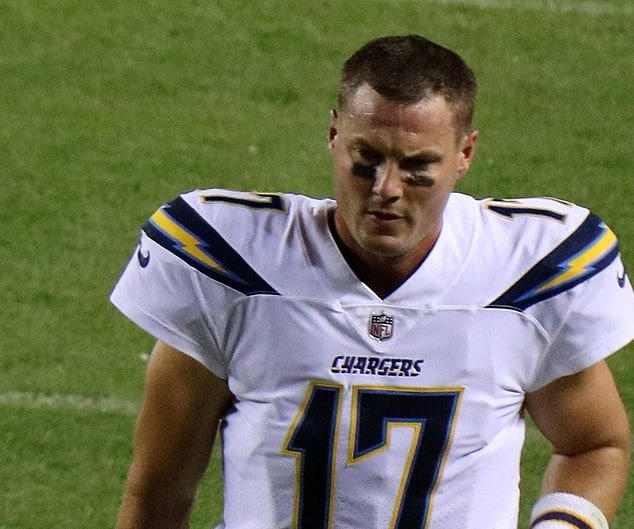 TAMPA- The Los Angeles Chargers announced Monday afternoon that they were parting ways with longtime signal caller Phillip Rivers, who struggled throughout the 2019 season.

Rivers, who was drafted fourth overall by the New York Giants and subsequently traded to the then San Diego Chargers for Eli Manning, had a tough time keeping the turnovers down in Los Angeles last season. The quarterback threw 20 interceptions and was third in the National Football League in that very department.

The news of Rivers being let go by the Chargers is a big one when it pertains to the Tampa Bay Buccaneers, as the former Los Angeles signal caller has moved down to the panhandle of Florida and has indicated he still plans on playing football. The biggest question right now for Rivers is where will that be.

Many analysts and national personalities believe that Rivers to the Buccaneers becomes a natural fit because of Bruce Arians being able to work wonders with veteran quarterbacks. In Arians’ stint with the Arizona Cardinals, he was able to help resurrect the career of Carson Palmer, who helped guide the team to a NFC Championship berth. Now, many feel Arians could do the same if he paired up with Rivers.

Though many believe Rivers would come at a team-friendly price, that is much against the contrary. Rivers in his last deal with the Chargers has himself a $22-million signing bonus and according to many online sites in regards to salary, he will command somewhere around $24-million. That type of money could be used to retain Jameis Winston, who is currently set to become a free agent on March 1st.

Winston and Rivers are not much different when it comes to the quarterback position, as both are risk takers and come with high interception totals. Both were in the top three in interceptions in 2019, with Winston leading the league at 30 picks. The long drawn out process in deciding whether or not to keep Winston has been one that’s played out ever since Tampa Bay’s season ended back in late December.

The season-ending interception returned for a touchdown has ultimately remained in the minds of those that are associated with the Buccaneers, staff and fans alike, but the intrigue of keeping Winston is obviously there. Winston threw for over 5,000 yards, becoming only the eighth player to do so in NFL history. Also throw in he was in the top five in touchdown passes with 33 and Winston puts himself in some rarified air.

The kind of ceiling Winston doesn’t want to touch upon is the turnovers totals, which have at this point become mind boggling, as he has thrown 88 interceptions in his career. To put into comparison, Green Bay Packers’ quarterback Aaron Rodgers has only thrown 84 in his entire career with the Packers. Rivers’ name being thrown into the mix of who might be the starting quarterback for Tampa Bay is just another rumor but one to keep a close eye on.