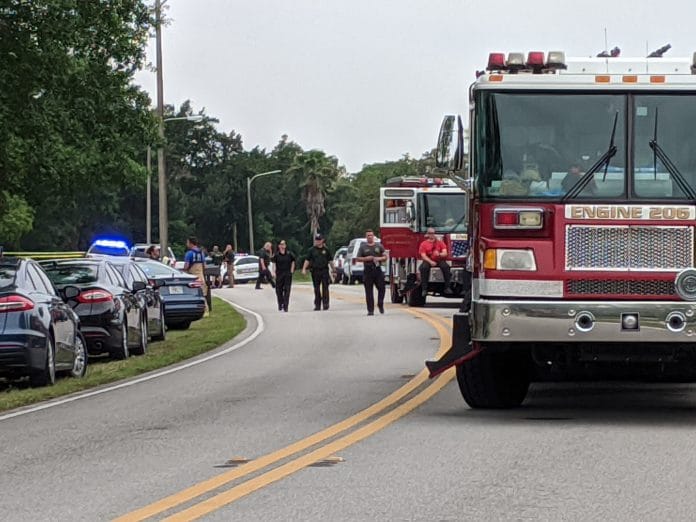 Shortly after 10:00 AM on Friday, April 10, 2020, Hernando County Sheriff’s Office (HCSO) Deputies were the first on the scene, responding to  a structure fire on 9474 Dunkirk Road in Spring Hill. According to Hernando County Sheriff Al Nienhuis, the deputies entered the home, and were quickly overcome by smoke. After Fire / Rescue extinguished the flames, three deceased individuals, two of whom were described as “preteen and young teen,” were found in the home.

According to HCSO, an unidentified woman, who was initially out of town, called 911 “after receiving a suicidal text from an acquaintance living at the … residence”  Prior to calling law enforcement, the woman drove back to the residence where she found the home on fire and saw at least one deceased person inside prior to exiting the residence.

Though the matter is still under investigation, it was determined that Derick Albert Vasquez shot the two children, then himself after setting the fire.

During a press conference just hours after the 911 call, Hernando County Sheriff Al Nienhuis acknowledged that the current ‘Safer at Home’ orders have elevated domestic violence incidents, as well as self-harm and suicide.  Nienhuis urged anyone experiencing these issues to call The Suicide Prevention Hotline at 800-273-8255 or The Domestic Violence Hotline at 800-799-7233. Hernando county residents can also speak to trained experts locally by dialing 911.

A Fundraiser has been organized by Doaa Wilson on the GoFundMe platform to assist the mother of the children: https://www.gofundme.com/f/ybfmw6-two-angels-gone-too-soon

“Our hearts are heavy as we offer our deepest sympathies to the students and staff of Powell Middle and Floyd Elementary who are grieving the loss of 7th grader, Kaeden Vasquez and 4th grader, Kailani Vasquez who died on Friday,”  Hernando Schools released on April 13.