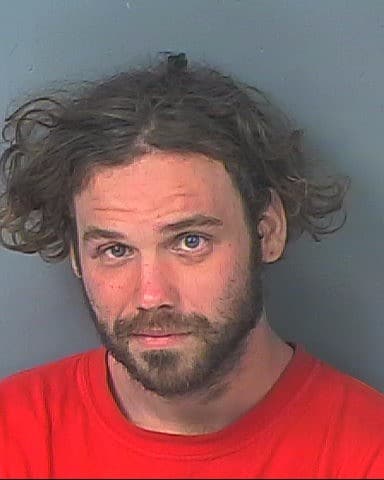 Arrest Summary: On 0410712020, the defendant, Michael Thomas O’Neal Cornell, responded to 506 North Avenue within the city limits of Brooksville, Hernando County, Florida, where he made contact with the victim who Is the owner of the home. The defendant and victim became engaged in a verbal altercation just outside of the residence, still on the property. The defendant and victim then became engaged in a physical altercation on the property. While they were fighting, the defendant retrieved a wooden log from a pile of wood and struck the victim in the face with the log, causing a laceration to his face. The victim then threw the wood down after doing that. This occurred against the victim’s will.

The victim then ran into the residence through the front door looking for someone else. While Inside, the defendant entered into the master bedroom of the home, shut the door, and then overturned a television stand behind the door in an attempt to barricade it. While doing so, damage was done to the stand. The defendant then opened up a window in the bedroom, climbed out of it and began running.