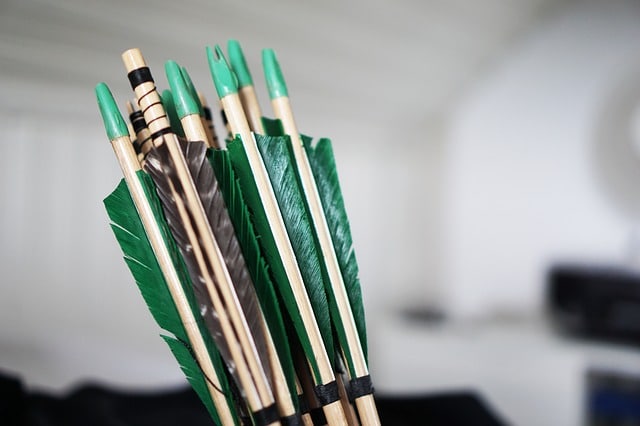 One of the hardest things about being a hunter these days is finding and earning access to new lands.  Not everybody has the deep pockets and can purchase our own private preserves, nor even enter upon a leased parcel agreement as I’ve been noticing that lease fees are steadily getting higher and higher.  Not a thing wrong with public lands hunting, in my opinion…. despite the stigmas many may associate with them; I’ve enjoyed many successful seasons on public land over the last forty years.

Still, I never put all of my eggs in one basket when it comes to hunting on our state’s Wildlife Management Areas.  I try to scout and take advantage of the hunt schedule on several WMA’s each year and by stepping outside of my own DMU and Hunt Zone, it’s possible to get in on the opening hunt of a few of these properties.  And, that first hunt of the season is always the best bet for any property whether your hunt is with gun or bow. Now, thanks to my president Trump, a longtime advocate of outdoorsmen and women, new WMA’s are being opened for public hunting.   Nearly 3.7 million acres nationwide and a sizable chunk of that is right here in Florida.

Last August, President Trump’s Secretary of the Interior, David Bernhardt, announced plans to expand access to hunting and fishing opportunities on more than 1.4 million acres of public lands across the country.

“This is the largest single effort to expand hunting and fishing access in recent history,” Secretary Bernhardt stated at the time. “President Trump has made increasing public access a priority of his administration, and this new rule delivers with unprecedented expansion of public acreage and removal or revision of 5,000 hunting and fishing regulations to more closely match state laws.”

Thanks to that beautiful orange rascal, a total of seventy-seven wildlife refuges and fifteen national fish hatcheries managed by our U.S. Fish and Wildlife Service (USFWS) are now open to hunting and fishing for the first time.  Those newly created opportunities more than doubles the amount of public-land opened or expanded within the last five years and raises the number of huntable refuges in the USFWS’s National Wildlife Refuge System.

Now, news is spreading about that as of last month, the Trump administration plans to open an additional 2.3 million acres of land for hunting.  These lands will be opened, at more than one hundred national wildlife refuges, aimed at giving Americans more recreational access on public lands.  The announcement immediately earned praise from several conservation organizations, however (and somewhat expected) top congressional democrats have called the act, “tone deaf”, to focus on this during the COVID-19 pandemic.

Some of the national wildlife refuges, which will be opening up to hunters for the first time, including National preserves such as Alamosa in Colorado, Bombay Hook in Delaware and Umbagog in Maine and New Hampshire.  Closest to home and which should be of great interest to Floridians, the Everglades Headwaters National Wildlife Refuge, will be opening up according to a list posted online. The Everglades Headwaters National Wildlife Refuge is a vast collection of properties north of Lake Okeechobee comprising more than a hundred and fifty-thousand acres.

Now, I’ve no way of knowing yet, how much of that land, if not all of it, will be open to hunting, but I’m pretty excited about it.  It’s not often you get to take advantage of an opening weekend hunt on virgin land. The deer, turkeys and hogs have had a lot of years to mature to their full trophy potential.

For any of you getting outdoors this month, I wish you the best of luck!  And, if any of you would like to share a picture or a story of your success, feel free to reach out to me at [email protected]  God bless and good hunting!