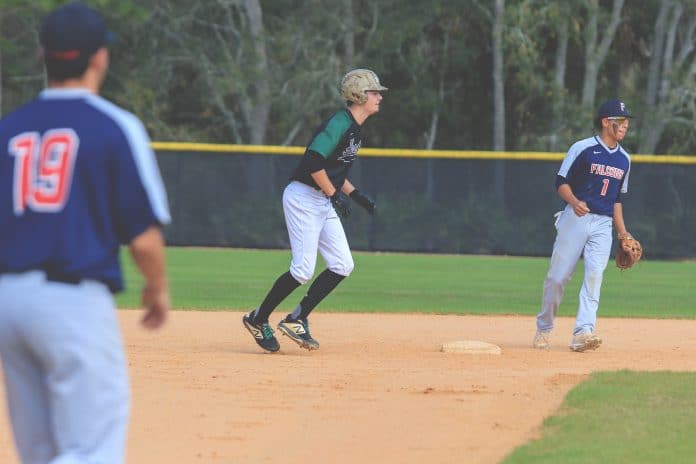 Brooksville, Fla.- The spring sports season has ended for baseball which leaves many seniors are trying to cope with the loss.

“Honestly, I was heartbroken to see my senior season go by that quickly and not knowing that was going to be my last game…yea, it was heartbreaking,” said Weeki Wachee pitcher Collin Greer.

Collin’s last game was played at home against Crystal River on March 13 with a 10-0 win. During that game, he achieved a home run, and never realized that would be his last time on the mound of his high school career.

“If I knew we were going to end it, it couldn’t have been a more perfect game… for me, at least. We got the win, I got to pitch, and I got to hit a home run,” Greer said.

Michael Warren, a senior at Nature Coast Technical High School, also played football during his senior year. Fortunately Warren was able to participate in the Fall Baseball Classic in 2019. At the time no one could imagine that Fall Baseball Classic would be the only tournament for the school year.

“I was shocked; it was really crazy to know that it was all over,” said Michael Warren.

The much anticipated Farm Bureau tournament scheduled for March was a no go due to COVID-19.

“We worked really hard to get to that tournament, play everybody again, unfortunately, it didn’t happen,” Warren said.

Warren’s last game was at home as well. The Sharks took the win 13-2 over Lecanto on Thursday night March 12th.

Now the focus is on keeping in shape and looking for opportunities to play summer baseball.

“I am getting ready to play summer ball, and see if I can get a scholarship and go to college,” Warren said. “It’s my last chance, it’s my last opportunity to do what I love and go somewhere with it.”

These athletes are going to be pushing themselves harder and working on ways to keep that momentum going, there is always hope.

“Keep your head up, there’s light at the end of the tunnel,” Greer said. “Just keep on working, keep on grinding and you’ll get there.”