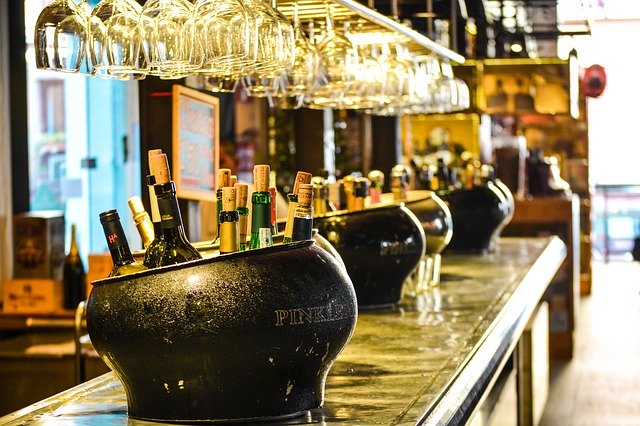 TALLAHASSEE — Recently reopened bars have been ordered to stop serving alcohol for on-site consumption because of a spike in coronavirus cases, particularly among young adults, and non-compliance with social distancing rules.

Department of Business and Professional Regulation Secretary Halsey Beshears, whose agency regulates the industry, tweeted the order on Friday morning.

“Effective immediately, the Department of Business and Professional Regulation is suspending on-premises consumption of alcohol at bars statewide,” Beshears tweeted.

Bars are allowed to sell drinks in “sealed containers” for off-site consumption. The order doesn’t affect restaurants that derive 50 percent or less of gross revenue from the sale of alcohol.

Beshears later pointed to “increases in COVID-19 cases and non-compliance with previous orders” for his action.

“DBPR believes this is a necessary step to take to protect public health as we continue working in partnership with industry and health officials to combat COVID-19,” Beshears said in a news release.

Marbet Lewis, a founding partner of Spiritus Law in Coral Gables, which focuses on alcohol-related licensing and regulation, warned the department’s action may bring steep financial consequences for individual bar owners and the industry.

“Many of these businesses have incurred significant costs in reopening and now also risk losing their liquor licenses, the lifeblood of the bar, as high-priced liquor licenses are often financed,” Lewis said. “For many, the best option moving forward is to revert back to off-premise sales to keep immediate flow of income. However, social distancing is not going to be relaxed anytime soon. Bar owners will need to consider whether transforming their business to focus more on sit-down food and alcohol service without the social bar environment is a more sustainable concept.”

Gov. Ron DeSantis approved allowing bars in most of Florida, along with movie theaters, tattoo shops and major theme parks, to start reopening with limited occupancy on June 5. But the number of coronavirus cases has soared since then, with DeSantis repeatedly pointing to infections of young adults as a major reason.

“There was widespread non-compliance and that led to issues,” DeSantis said Friday while giving an update on the virus at the Lee Health in Fort Myers. “So, folks, just follow the guidelines. We’re going to be in good shape. When you depart from that, you know, then it becomes problematic. And so, I think that that’s been clear from the beginning.”

Beshears also noted that “noncompliance” by bars is “suspected throughout the state to such a degree as to make individualized enforcement efforts impractical and insufficient at this time.”

Beshears’ action came as the Florida Department of Health on Friday reported 8,942 more coronavirus cases, breaking the record for a one-day increase of 5,511 cases set Wednesday. Since the pandemic began, 122,960 people have tested positive in the state, and 3,366 Florida residents have died, an increase of 39 deaths from Thursday.

“This community had incredible resolve early on, and we were able to flatten the curve in a very dramatic way,” Antonucci said during DeSantis’ news conference. “But I think we’re getting complacent. As I go around the community, I see a lot of people not wearing masks. And although you may be 25 and feel that you’re bulletproof, you have parents and grandparents, and I bet you know someone who is overweight or diabetic or has heart disease or as lung disease, and they are at risk.”

Agriculture Commissioner Nikki Fried, the only statewide elected Democrat and a critic of DeSantis’ response to the virus, supported the department’s action on bars but expressed concern the move is “a little too late.”

“My heart goes out to so many of our small businesses that had to reopen and now potentially reclose again,” Fried told The News Service of Florida. “They are struggling, and that’s why we need to get this under control as fast as possible.”

“The fact of the matter is, we shouldn’t have had them open to begin with,” Fried continued. “There was no regulation. There was no ability to enforce it. When you just kind of open up bars, it’s a social atmosphere.”

Earlier in the week, Beshears tried to send a message about bars exceeding the occupancy guidelines when he suspended the alcoholic-beverage license of a bar, the Knight’s Pub, near the University of Central Florida in Orlando.

Beshears’ tweet Friday came shortly after Texas Gov. Greg Abbott took steps that included shutting down bars because of a surge of cases in Texas.

“We are where we are,” DeSantis said Thursday during a bill-signing event in Tampa.