Regulation of Short -Term Vacation Rentals is a Gray Area 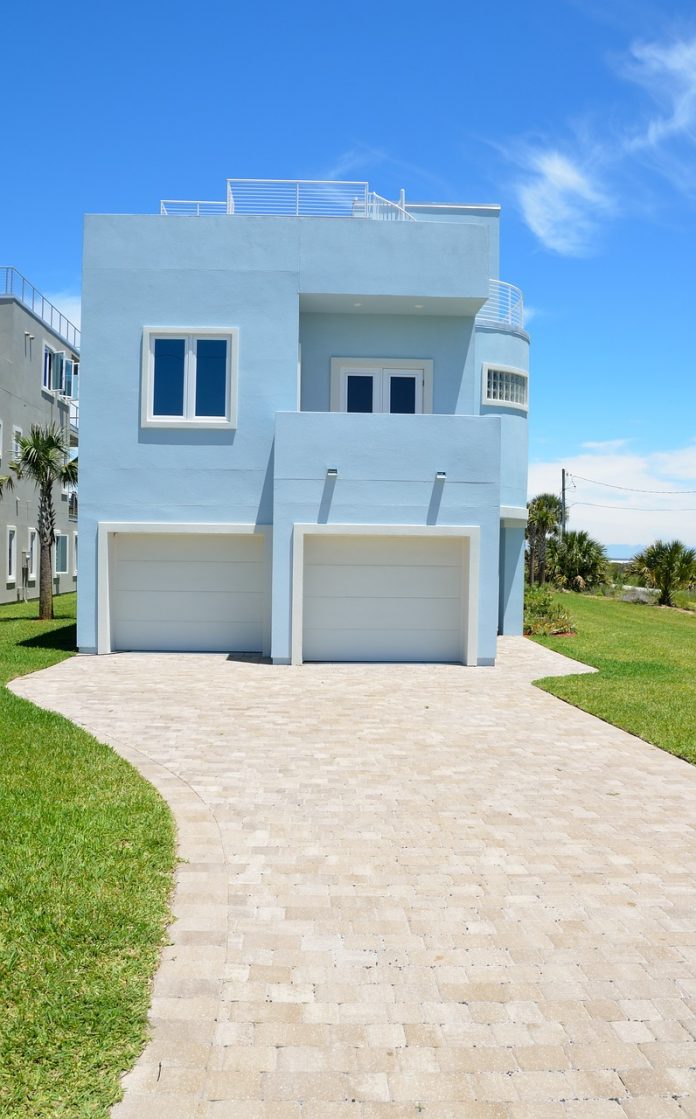 Planning and Zoning Director Ron Pianta provided information to the BOCC on June 23, 2020 about short-term rentals in Hernando County. The State of Florida defines a “short-term” rental as a unit that is rented less than 30 days, and more than three times per year.

The County uses software to track vacation rentals as it collects the Tourist Development Tax (TDT), also called the “bed tax.” Though there are 264 vacation rentals registered, the software estimates that the figures are double that number. Pianta said multiple sites under a single registration could be the reason for the higher number.

Hernando County received $270,295 through the TDT for fiscal year (FY) 2019 in the category “Residential/Other.” From October 2019 to March 2020, the County obtained $143,762. Figures for April were not ready at the time the presentation was prepared.

Though the monthly amounts were slightly higher over last year, Pianta indicated the effect on the economy due to the pandemic also impacted the vacation rentals. As the economy improves, short-term rentals will as well.

In 2014, the State Legislature amended the statute to allow local governments to make some adjustments regarding vacation rentals, but still preempted (retained ownership of) the ability to define a short-term rental by its duration and frequency.

Local governments cannot pass any ordinances which change that definition but are able to legislate other issues for which there may be complaints, such as noise or safety.

Commissioner John Allocco suggested that safety could be addressed if there are parking issues on a narrow street. Commissioner Wayne Dukes advised that constituents contact him with various complaints, mainly pertaining to noise.

Pianta said that complaints related to zoning or land use should be logged with the County’s Code Enforcement office. The Sheriff Department’s responses to nuisance complaints such as noise, parking issues, or excessive numbers of people in a rental home do not get captured by the system and are generally dealt with on a case by case basis. With as many as 500 vacation rental homes, consistency is lacking.

The County has three zoning options that reflect the idea that short term rentals would have been vacation or resort communities rather than single family homes (Resort Overlay District, Resort Residential District, and Planned Development Project/Resort Residential).

Since they are classified as single family homes and not commercial properties, short term vacation rentals are not required to have fire sprinklers. The agency that oversees and provides vacation rental safety regulations is the Florida Department of Business and Professional Regulation (DBPR).

However, a local government Code Enforcement official is permitted to verify that the homes comply with established fire and building codes.

Pianta reminded commissioners of Governor DeSantis’ Emergency Order pertaining to short-term rentals which listed requirements for guest and staff safety, including use of PPE and cleaning/disinfecting practices. DBPR enforcement is virtually nonexistent, Allocco said, even though it costs the State money to develop the recommendations.

Assistant County Attorney Kyle Benda prepared a memorandum for the BOCC that explained the 2011 statute and 2014 addendum. It also detailed efforts by some Florida cities and counties (notably Flagler County, City of Miami Beach, Manatee County) to impose other requirements by means of zoning changes or registry requirements outside the scope of the statute.

These actions by local governments prompted litigation from companies such as AirBnB. Examples of the changes include requiring the company to collect the taxes or fees from its customers and paying the fees to the county and requiring city/county registration or licensing numbers on the company’s hosting platform.

Pianta cautioned commissioners against making changes as to frequency or duration of the short-term rentals that would affect the County’s grandfathered status, or anything which might result in litigation from a company with extensive financial resources.

Commissioner Steve Champion expressed concern that enforcing parking would become a “slippery slope” and affect residents in their daily lives, such as landscaping trucks parked along streets. Regulating noise could be as simple as providing meters to the Sheriff’s Department, he said.

County Attorney Garth Coller suggested creating small “No Parking” areas in crowded areas, or at specific times. Dukes agreed that the solution had worked in the past.

Chris Linsbeck, Zoning Supervisor, stated that noise complaints are reported most often. Responses to habitual offenses must be planned due to scheduling. If the Sheriff’s Department used a noise meter when responding to a noise complaint, then a citation can be issued.

BOCC Chair John Mitten summarized the situation. The State will not allow local governments to prohibit or regulate the frequency or duration of short-term vacation rentals. Zoning, which was designed as a protection of home values, has become the central issue because of statute, Mitten said.

Pianta said the original zoning designations could not have foreseen the current situation. It is the individual visitor’s disrespect for others, not the zoning or rental home itself, that causes the problem. He agreed that options and solutions are limited.

Mitten said the situation is complicated because of the statute’s language. The County can do little to regulate vacation rentals. He sees the land use as more of a motel rather than a home since the property owner is not living on site.

Champion said the percentage of complaints compared to the 500+ rentals is low. You cannot force people to have manners, he said. Dukes said more involvement is needed, including coordinating with the Sheriff’s Department, since Code Enforcement employees do not work nights or weekends.

Allocco wants better coexistence between residents and visitors who use vacation rentals. He suggested some things might be addressed through code enforcement, such as inspections of home remodeling to ensure single family homes are not converted to multiple rental units.

Commissioner Jeff Holcomb suggested hiring an additional code enforcement officer to cover weekends. Holcomb said purchasing noise meters and storing them at substations or fire stations around the county could be helpful.

The County’s meter is calibrated annually and certified. Linsbeck agreed that phone apps measuring decibels are as accurate as the meter but do not provide a printout of the recorded noise level at the time the reading is taken, although screenshots may be acceptable.

While having an additional code enforcement official or adding another position is possible, Linsbeck said the Sheriff’s Department responds faster because they receive the call and have units in various locations around the county. Code enforcement does not.

Changing behavior is the goal. Property owners who rent their homes will have repercussions, not necessarily the renters. Over time, owners may become more selective in who rents the property.

Pianta said having code enforcement tools outside that “grey area” could avoid potential litigation with rental entities but cautioned that the State may preempt even those solutions in a future legislative session. He echoed Linsbeck’s recommendation to work more closely with the Sheriff’s Department.

Champion objected to adding regulations and made a motion to have an understanding and plan with law enforcement to address nuisance complaints and “beef up” code enforcement. Dukes seconded the motion.  The motion was approved unanimously.

Aja Moore manages rental properties in Hernando Beach, Weeki Wachee, Polk County and Volusia County. She also owns two rental properties and has a rental cleaning business. The largest number of complaints she receives is from Weeki Wachee. Moore said she tries to have a good relationship with local homeowners. Respect for and from local homeowners makes a difference, she said. Moore stated she monitors the County discussions and ordinances closely for things that affect vacation rentals. But the noise complaints and parking issues can also occur with owners who return to the home. She suggested working closely with the Sheriff’s Department.

Mike Kincaid cited a general lack of respect as the underlying issue. There are problems with parking, trash (including parking tickets thrown on the ground) and noise because the vacationers are interested only in themselves. He requested assistance with noise and speeding in the area as he is considering selling and moving.

David Rupp said that problems are not exclusive to vacation rentals, but also arise from property owners who allow relatives to visit and have parties. He cautioned “using a sledgehammer to swat a fly.”

Don Beach asked the BOCC for help. Since the purpose of a vacation rental is recreation, the issue is one of respect – for the property, neighbors, and the river.

Steve Knapp disputed the designation of short-term vacation rentals in an R-1A zone. (R1-A residential zoning district is strictly for single-family and mobile homes.) In addition to the nuisance concerns, Knapp feels the area will become mainly vacation rentals which will change the zoning and increase his taxes.

Joe Gagliano suggested creating a task force to communicate with the BOCC and identify problem areas, such as parking. Designating specific times for parking would help, he said, and common-sense solutions are needed.