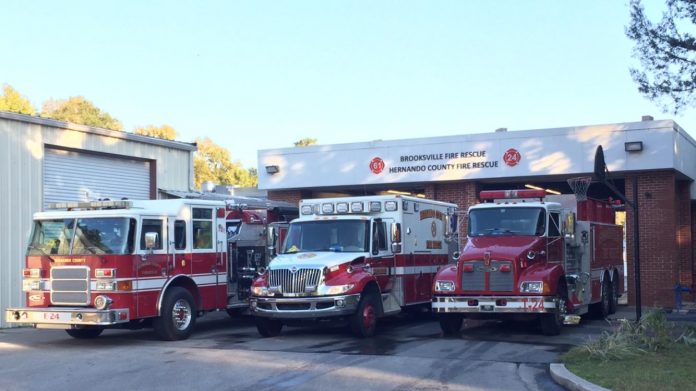 City of Brooksville Fire Chief Ron Snowberger presented two potential Fire Assessment Rates to the City Council on Aug. 17, 2020. When budget discussions began, Council approved the proposed 4% increase for FY2021 so the TRIM notice could be sent but asked Snowberger to prepare a 0% increase for comparison.

The Fire Department budget includes $320,000 as a transfer in from the General Fund to pay for the mini pumper Snowberger needs as a backup for the 2016 main engine. Tallahassee has not responded to Brooksville Fire Department’s requests for two years.

Snowberger said he approached Special Projects Coordinator Charlene Kuhn for assistance with obtaining a USDA loan. Council Member Bill Kemerer objected to the proposed $1 million transfer from the General Fund and suggested Snowberger obtain financing with a bank if the UDSA loan is not approved.

Kemerer praised Snowberger for remaining within budget constraints. His recommendation: keep the Fire Assessment rate at 0%.

With a consensus from council members, Vice Mayor Pat Brayton moved to approve the 0% Fire Assessment increase. Kemerer seconded the motion. The motion was approved 5-0.

The City Council will approve the Fire Assessment Resolution on September 3, 2020, in a public hearing.