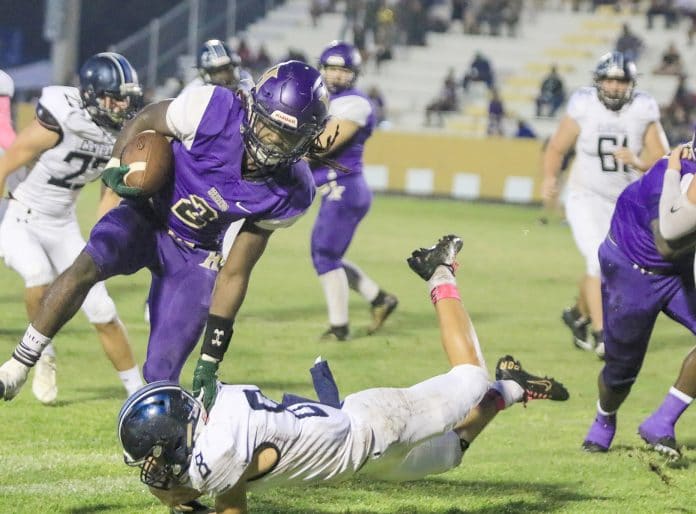 BROOKSVILLE- When you think about Hernando’s offseason, you begin to ponder the up and down roller coaster it has been for the Leopards’ football program.

In addition to the pandemic, Hernando High has dealt with a coaching change and then a big transfer from a local school.  It’s been quite the last few months for Hernando’s football program but here we are heading into the county’s first slate of games ready to start on September 25th.

The Leopards are coming off a modest 5-5 campaign in which the program had multiple losses that were a touchdown or less. Hernando was seemingly just a possession away difference from being a 7-3 team, but it was that close. Now that the Rob Kazmier era is over at Hernando, enter former Hillsborough High defensive coordinator, Earl Garcia III.

Garcia III inherits a defense from a year ago that was already a pretty stout unit, yielding just 108 points, racking up eight sacks, and picking off eight passes. Two shutouts were also had by the Leopards, but Garcia III is assured to bolster Hernando defensively. Last season with the Terriers, he guided them to five shutouts, 120 points allowed, 17 sacks, and 12 interceptions by Hillsborough’s unit.

With the defense looking like it will be a solid unit once again and this time under the watch of Garcia III, the offense for Hernando comes with big expectations to step up to the plate. Hernando should be able to score plenty of points and rack up plenty of yards out of the backfield with the running back tandem of returner Kev’on Williams and Central transfer Contae Cason.

Cason scored over 15 touchdowns and rushed for over 1,500 yards last season for the Bears and comes as a huge addition for Hernando’s already potent rushing attack. The addition of Cason alongside Williams gives Hernando the edge heading into just about any game against Citrus and Hernando county opponents. Scoring points was an issue last season for Hernando, but Cason should give the team an extra dynamic.

The strategy heading into games for the Leopards seems to be simple: Play great defense and run the football. If Hernando can do those two things at a very high level this fall, the Leopards could be the team to beat coming out of Brooksville come playoff time. Yes, Nature Coast and Springstead seem like the front runners, but watch out for Hernando in 2020.