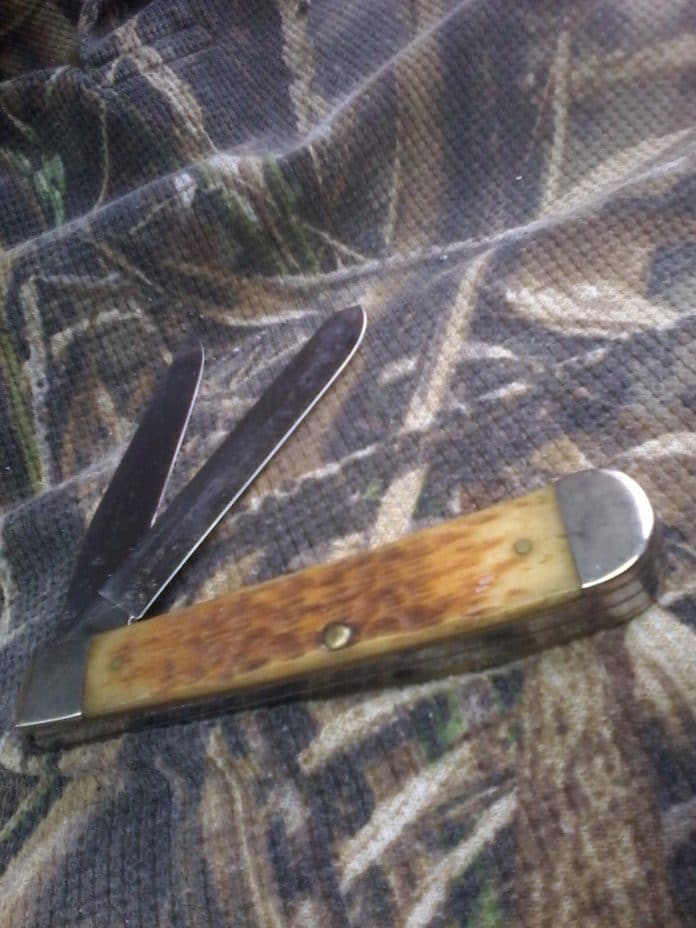 When I was growing up, every man carried a knife in his pocket.  Heck every kid carried one also.  Especially, out in the country where they were an absolute necessity for innumerable chores.  No single tool is reached for more often day to day out in farm country and few are probably given less thought, than the knife in a pocket.  But, there was a distinct difference in the knives carried between the old-timers and us kids; the od-timer’s knives were sharp!

As an old-timer myself these days, I still carry a knife in my pocket, just as I did when I was just a boy.  I use it for more tasks than I can count; opening bales of hay, feed bags, trimming an occasional hoof, cutting vines or weeds, trimming the glue strip off of a newly plugged tire and on occasion that old knife in my pocket, will be utilized to skin, quarter and otherwise process the game and fish headed towards my table.

I had the occasion to study on the benefits of a good knife, or at least, a sharp one recently.  I was called upon to help a young couple clean a rather large alligator they had harvested and as I was reaching for my knife, I was handed a lovely piece of art knife to use for the task.  The work of art was indeed a treasure to behold, but it was close to useless for cutting through the thick leather of an alligator.  I asked if they had ever sharpened it and I was told half-heartedly that they didn’t know how and that it had been sharp when it was first purchased.

I pulled out my old pocket knife and in turn loaned it to them (one at a time) and set them to purpose as I pointed out the necessary cuts to complete the job.  Once the job was completed, it was time to do the right thing, re-hone the edge of the blade and yes, I turned that into yet another lesson. I knew that some of the old ways just aren’t holding up.  But, it hadn’t occurred to me that the use of a whetstone was one of them.

Though there are different kinds of stones, using them is pretty much the same across the board.  Once your stone is prepped, make sure your stone is secure on the counter (damp paper towels work well) and facing the sharp edge of the knife away from you.  Hold the blade at a proper angle (20-30 degrees), then draw it down the stone in a circular motion as if trying to slice a layer off of the top of your whetstone.  Repeat as necessary.  But, how do you find the angle?

Place your knife edge down, as if to cut the stone in half, that puts your blade at ninety degrees.  If you then tilt the blade half-way over to the stone’s surface, you’ll be roughly holding a forty-five degree angle.  Halfway down once again to the surface from that angle and you’ll be holding roughly twenty-two and a half degrees and one fine position to begin honing your edge.  After six or eight strokes, flip your knife and repeat the process.

As always, if you have any comments or feedback, give me a shout at [email protected].  God Bless and Good Hunting!