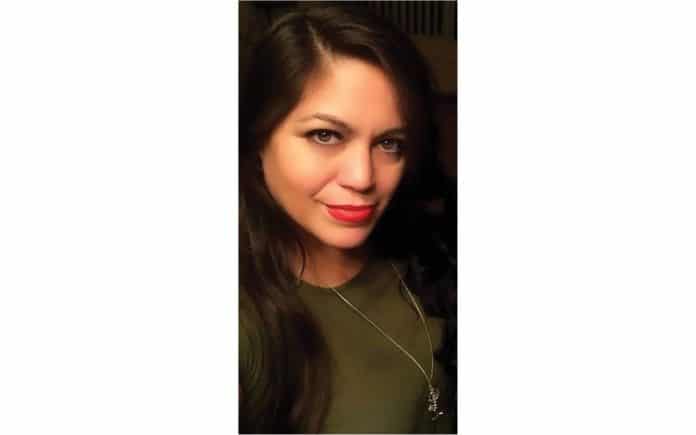 On September 11th, 2001 Maricarmen Williams, current resident of Hernando County, was a 29 year old mom of two living in Staten Island. She was a Legal Assistant, Court Part Specialist and Translator for the New York County Defender’s Service. This was located at what we know today as Ground Zero.  The following is her recollection of the events that took place September 11, 2001.

“That morning started like any other morning; I woke up early and got myself ready, I then got my sons Brian (8 mo) and Cristian (3yr) awake, cleaned, and fed. Brian stayed at home under the care of my mother and I dropped Cristian off at daycare. After this I left for work around 7:30 a.m. I was on the express bus and I distinctly remember it being very sunny this morning. I remember the sun shining through as we were on the Brooklyn Queens Expressway headed into Manhattan.

As we’re getting into Manhattan, people are climbing over the seats and saying ‘What is that?’ and out the window we see that there’s a plane stuck in one of the towers. An insane sight but everyone’s first thought is that the stupid pilot was flying so low and that the plane hit the building on accident. No one even considered that this was an attack. We were so comfortable in our everyday lives, our brains could not even imagine something like that happening really early in Manhattan. Out of all places, it was downtown which was kind of like the heartbeat of Manhattan, especially the World Trade Center.  By that time the bus was in the city, downtown was almost always chaotic with the hustle and bustle of everyone trying to get to where they needed to be. But at this moment, everyone was just stopped and staring up wondering what the hell was going on or what was going to happen. How do you get something like that out of a building? Obviously people were hurt so you have part of the city in a moment of worry and curiosity, but no one is moving. Everyone was just standing in place because we didn’t anticipate anything else to happen.

We live in the United States, there’s always a plan to fix whatever is going on. Obviously getting a plane from the top of the building all the way down was going to be something short of a miracle and of course cause a crash. There’s a lot of rubble on the ground and the cops just kept saying to move back and give them some space because now their fear is the plane falling out of the building and landing on the street. But us New Yorkers, we are bold and brave and we fear nothing, so the few cops present were not going to hold back hundreds of thousands of people.

So obviously the streets were full of traffic, I get off the bus and continue on my way to work still astonished at what I saw. My mind is still in work mode as everyone thought this was a freak accident. As I’m getting my morning coffee and bagel, a dark shadow flies over my head and I look up to see the bottom of a plane hit the other tower. The sudden rush of sounds was intense; the sound of the plane crashing into the building, the screams and rushing of everyone freaking out. No one knew which direction to take. Everyone just started moving away from buildings, at this point anticipating anything to happen. There was no connection for anything, no cell phone or pay phone.

The only thing on my mind was getting Cristian from day care. Brian was at home with Grandma, but Cristian is in Staten Island and I’m in the middle of mayhem with hundreds of thousands of people completely losing their minds. At this point I don’t even know what time it is and you hear this roar of commotion, the ground is shaking and people running away are being swept up in crowds and ending up somewhere they’re not trying to be.

All of a sudden that beautiful shiny morning sunlight is gone and everything is pitch black. I had no idea what building or even street I was on. That moment seemed like forever and all I could do is pray that my sons and my mother were ok.

Myself and people around me, which were those around the towers at the time, gathered around a local newspaper stand owner in a building who had a battery powered radio. Everyone got quiet and listened in to try to hear anything about what was going on. The screams and noises of outside were deafening but I was able to hear the confirmation of one of the Twin Towers falling. We heard them say they believed it was a terrorist attack and immediately everyone is panicking wondering where in New York will be next. The greatest fear was of the unknown.

Outside the noise calms down so we exit the building and I’m shocked to see everything is white. Manhattan is covered in soot. So many scared masses of people just trying to escape Manhattan without even knowing if the other side was better.

I was rushing towards the Brooklyn Bridge just running, crying hysterically. All of a sudden New Yorkers became human and everyone was just helping one another cross the bridge, lifting those who couldn’t walk. Everyone just pushing through together like we got this. I got across the bridge and hopped on a bus, I didn’t care what part of Staten Island it was taking me to, I just needed to get my son. The bus was headed towards the Verrazano Bridge when we were stopped. There was a bomb threat on the Verrazano so the police had shut down the bridge in fear of more casualties. At this time we hear on a passenger’s battery radio that the Pentagon has been attacked and both towers have fallen. Everyone is bawling, we all knew someone in the towers because we all worked in Ground Zero. We were desperate for answers.

Pay phones had started working and I had touched base with my family members and someone was getting Cristian. I started to a family member’s house then to get somewhere safe. As I’m walking all gross and covered in dirt, it was like walking in a dream. There were little girls playing jump rope and boys running playing ball. The Italian cafes were open with people sitting outside having coffee and listening to music. Blissfully unaware of what had just happened.

I was born and raised in New York, every single place I ever lived in NY, you can look up at the skyline and see the Twin Towers. I remember my entire life coming from trips from other states. You knew you were home when you looked up and even though you were in Jersey you could see the Twin Towers. We are almost home.

The buses began to run again around midnight and were only going to a certain section of Staten Island. By the time I made it home it was 2 in the morning. The smell of smoke lingered on my clothes and spread through the house.

I remember going food shopping the next morning. I was in the car with the windows down and I remember people outside Highland Blvd just singing the National Anthem and blasting it through speakers. Everyone around me had their windows down singing and joining in. We all sang God Bless America letting the world know that you cannot break us. People were lined down streets with carts of food.  As news of volunteers coming from different states in different fire stations and police officers from all over the US coming to help something that should’ve brought our nation down to our knees helped us rise up together.   This was not a temporary emotion; this is not something that easily faded; this was a movement; this was a growth that New Yorkers and Americans faced together.

For the next few months we worked and had breathing masks because the air was so toxic everywhere. The smell of fire became normal. Smoke coming from where the World Trade Center was normal. That whole area was blocked off for years. A year later or about a year later I started getting sick. I had about five upper respiratory infections. I had laryngitis four times, pneumonia three times; the last time it was extremely severe and I developed an infection around my heart.   I am now on the World Trade Center health registry where they monitor our symptoms.   I make it my business to turn the radio off and the TV off and stay away from the Internet on September 11.  Now with coronavirus being the way it is, along with my heart issues, I am super careful because I know how much damage it causes my lungs from breathing in all those toxins from 9/11.

It affected me so much I moved out of New York and came to Florida. I went from being a city girl working in downtown Manhattan night court, in Manhattan criminal court, to living in Weeki Wachee, Florida. Away from people, away from tall buildings, away from blackouts, away from the Staten Island ferry crashing, away from shootings at City Hall. I packed up my belongings and my children and I left, I’m so grateful I did.  9/11 changed my life. 9/11 changed the life of every New Yorker and every American.