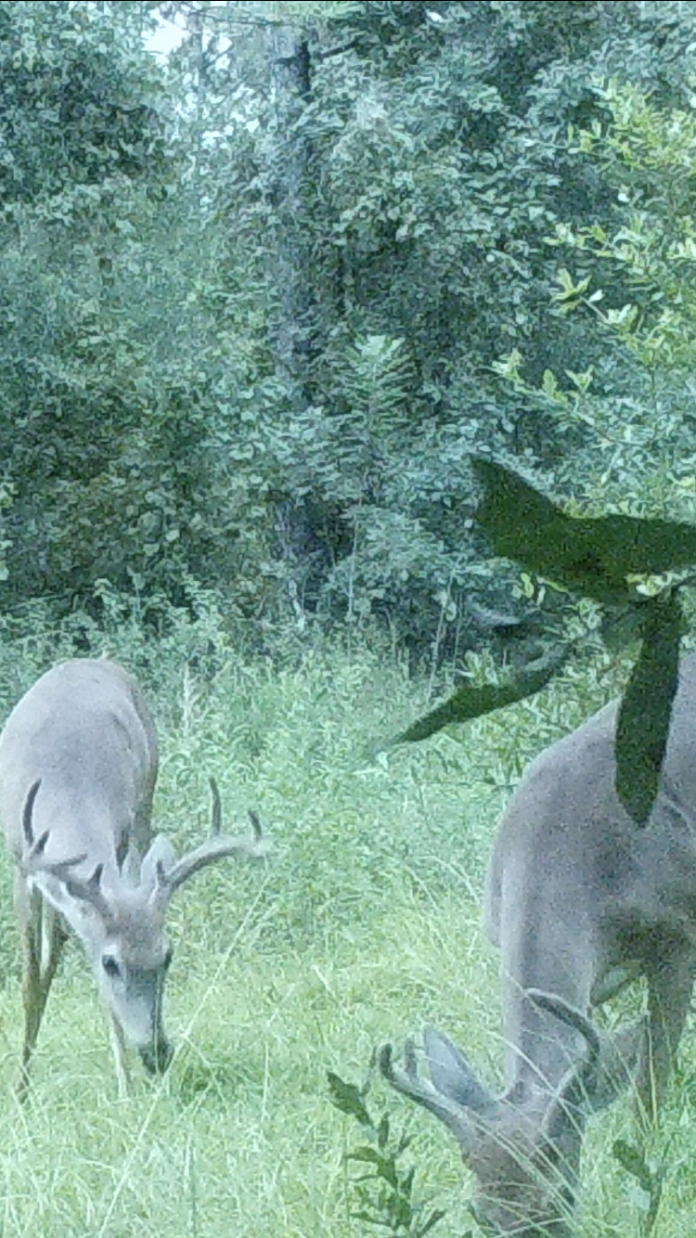 In the coming weeks, a giant shift will occur in the deer world.  Both food, and cover, will be changing which will surely affect the feeding and travel patterns amongst the herd.  Mostly though, amongst the buck population, physical changes are taking place.  The velvet they’ve worn, covering their antlers is now shed out and each buck is sporting brand spanking new antlers.  Along with that change, a major shift takes place in how these newly shed bucks interact with other deer.

The lazy summer months, when a mature buck often shares his company with a few of his buddies come to an end.  Along with the hardening of the horn, the gradual decrease in daylight to his pituitary glands tends to make him ornery and less and less company will be found desirable.  Now is the time when he’ll begin rubbing and staking out his territory, while strengthening his neck muscles preparing to fight, as needs may be, for breeding rights to the doe herd.  From the time he sheds his velvet, he’ll have about a month to be ready when the first rut happens and the early breeding begins.

Food is heavy on his mind, more so than mid-summer, as part of his readiness for breeding is to pack on as much weight as he can.  That’s why the oaks are really going to become a key to your success.  If you can locate an oak that is beginning to drop its acorns early, you can bet it will be visited regularly; that’s surely where I’ll be starting my own hunts.  In fact, I’ll be setting up a couple of different blinds at each site to allow for the wind direction.  Whichever blind offers the best opportunity to keep my wind blowing away from an expected route of approach, that’s the one I’ll select for that period of my hunt.

Most of us are in the field for venison to feed our families, but all of us desire an opportunity to take a large, mature buck.  So consider this; the old boys hanging back from the company of others will often force them to take a second seat at the acorn buffet.  What I mean is, he’ll rarely show first.  If you find yourself in a good position to observe the does and young bucks undetected, have a little patience and hold onto your arrow a bit longer.  Many’s the time, by letting the young stuff feed on unmolested, their old grampa buck will arrive on the scene just before dark and feed with his guard down trusting that if a hunter was present, junior would have already run off after the shot.

Everything you came to expect about their travel patterns and feeding habits is now, slowly going out the window.  It’s time to scout hard and scout as often as you can to make any adjustments in your game plan as you need.  And as always, if you have any comments or feedback, give me a shout at [email protected].  God Bless and Good Hunting!