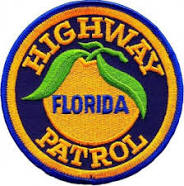 A 19-year-old male, driving a sedan from Tampa, was traveling northbound on Owls Roost Lane approaching the intersection of Mondon Hill Road on 11/14/2020 at 8:08 PM. A second vehicle, a 78-year-old male driving a pickup from Brooksville, was traveling eastbound on Mondon Hill Road approaching the intersection. At the intersection, The sedan turned left into the pickup  As a result, the front of the pickup struck the left side of the sedan, with both vehicles rotating to a final rest along the north shoulder and westbound lane. Transported to an area hospital, the 78-year-old male, who was not wearing a seatbelt, later expired from injuries suffered during the crash. A 20-year-old male passenger in the sedan from Brooksville, who was also not wearing a seatbelt, suffered minor injuries. The 19-year-old driver who caused the accident did have on a seatbelt, suffered serious injuries in the crash.