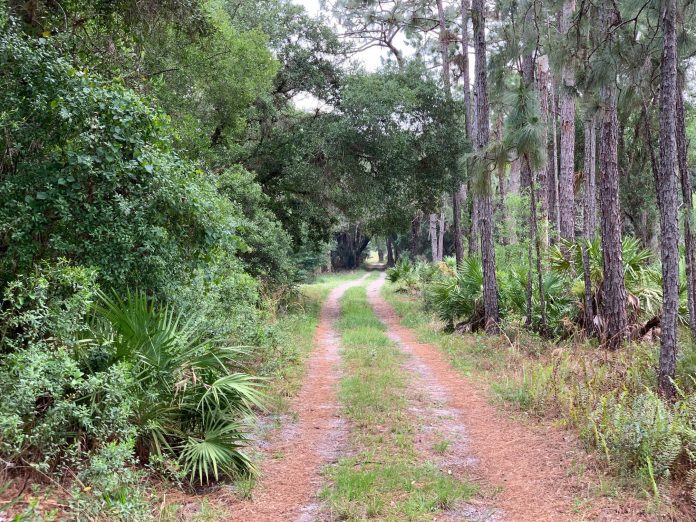 Thanks to one of the largest land gifts ever given a US university, 27,000 acres of rural land in Osceola County will be used as a living classroom and laboratory for University of Florida (UF) students, faculty and researchers. Elisabeth DeLuca, the widow of Subway founder Fred Deluca, donated the land to UF in November.

“Few things in this world are as precious — and threatened — as our untamed lands and the wild animals that live there,” said Elisabeth DeLuca.. “We need to preserve what we can for the benefit of all of us.”

The donation takes place nearly 15 years after Fred Deluca set out to finance the first eco-sustainable residential and biotech research and development community in Florida, but long before it was given to UF, the tract was better known for the years of legal tangles connected with it.

In 2006, Fred Deluca entered a Memorandum of  Understanding  (MOU)  to finance Anthony Pugliese’s development of Destiny, a 41,000-acre project near Yeehaw Junction, to be a so-called green community featuring sustainable energy designed to attract bio-technical research and development firms as well as more than 100,000 conservation-minded residents.

By 2009, the pair were in court over DeLuca’s allegations that Pugliese was creating dummy companies and manufacturing expenses to defraud DeLuca of more than $1 million that Pugliese later diverted to his personal use.

Pugliese’s later attempts to convince an appeals judge to reinstate his own fraud claims against DeLuca failed.

On November 30, Elizabeth DeLuca donated the 27,000-acres to the university. The property includes cattle ranchlands, citrus groves, wetlands, and forests, and is one of the last refuges for the endangered Florida grasshopper sparrow, and hosts many other state and federally listed species such as the Florida panther, gopher tortoise, and the red-cockaded woodpecker.

According to UF President Kent Fuchs, the property also provides a critical nature corridor between the Kissimmee Prairie Preserve State Park and the Three Lakes Wildlife Management Area and is a conservation focal area for the Everglades Headwaters National Wildlife Refuge and Conservation Area.

“Elisabeth DeLuca’s generous contribution of such a significant property is a gift to all Floridians and really, to people everywhere,” said  Fuchs. “The preservation of this land and what it will enable our scholars to learn, teach, and achieve will reverberate around the globe.”

In addition, the property provides a critical nature corridor between the Kissimmee Prairie Preserve State Park and the Three Lakes Wildlife Management Area and is a conservation focal area for the Everglades Headwaters National Wildlife Refuge and Conservation Area.

UF will use the property to measure hunting’s impact on the ecosystem to control wild boars; determine how cattle grazing affects plants, insects, and animals; teach land and forest management; study water storage and conservation; and conduct student and researcher fieldwork. The site is expected to host classes ranging from plant and soil sciences to entomology and wildlife ecology. The ranch provides a centralized location for Extension-related services as well as offering a unique natural classroom for students taking part in Florida 4-H.

Finally, the UF Institute of Food and Agricultural Sciences (UF/IFAS) along with numerous colleges within the university will direct research on the property, the results of which may help land developers, conservationists, and policymakers find ways to balance growth, agriculture, and preservation around the state.

“The preservation of this land and what it will enable our scholars to learn, teach and achieve will reverberate around the globe,” said Fuchs.
DeLuca said UF will use the tract wisely.

“These acres are in good hands with the University of Florida,” DeLuca said. “ And it pleases me to know that UF will use them to learn more about our natural world and to train new generations of scientists and environmentalists.”