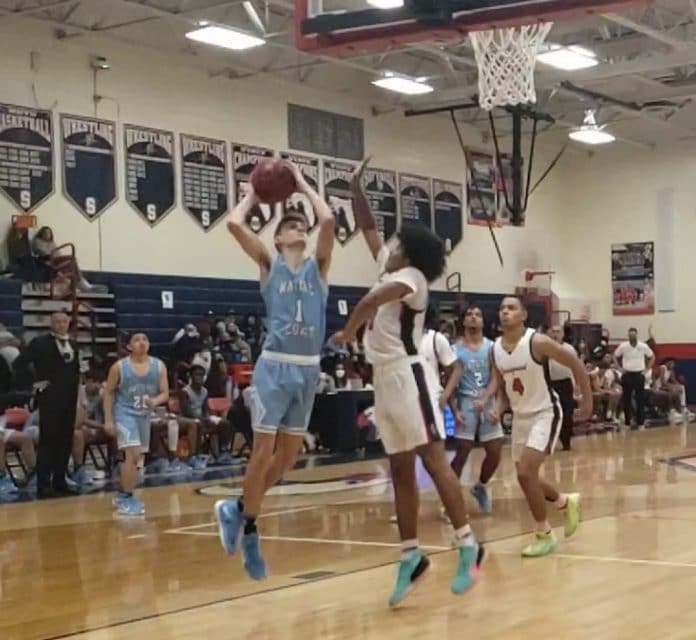 No. 1 Nature Coast (12-6): Though Springstead has fewer losses on their record so far, the head-to-head matchup between the two rivals takes the cake here. The Sharks narrowly edged out the Eagles 40-37. That has to mean something, right?

No. 2 Springstead (11-4): The Eagles were primed and ready to take that next step to being the top team in Hernando County and beat Nature Coast. That was up until they didn’t in a narrow loss to Nature Coast.

No. 3 Central (9-7): If there was a way to make Central No. 2.5 on this poll or 1.5, it would definitely be something to think about. Point and reason? The Bears beat Nature Coast, something Springstead wasn’t able to do, but Central does have the most losses among the three clubs. It’s all so hard, how about a three-way tie for No.1?

No. 4 Weeki Wachee (5-13): The Hornets are an improved team from last season. That much we can conclude. Though they have losses to Hernando, they have won a couple more games in the process.

No. 5 Hernando (2-12): Hernando’s only two wins of the season have come against? You might have guessed it and that’s the team just ahead of them in these rankings. Is that reasonable? It just means that the Leopards need a few more wins to keep on moving up.

No. 6 Hernando Christian Academy (2-10): The one game the Lions have had against an in-county opponent was Weeki Wachee and they lost 64-20. It’s been a trying season already for HCA, but they are continuing to compete along the way.

No. 2 Hernando (9-7):  Sy Crowley is having herself a strong season for the Leopards so far, as she is averaging 18.5 points per game. Hernando has been playing very well this season behind her play and now the Leopards are almost at the end of the campaign.

No. 3 Springstead (10-8): The Eagles have struggled as of late, and are 1-3 in their last four games. With just a handful of games left in the season, the Eagles should surpass the 10-win mark before they head into the playoffs.

No. 4 Nature Coast (8-6): It has been a very impressive turnaround for Nature Coast in the new year. The Sharks have reeled off four straight wins, which they have come against Inverness Citrus, Holiday Anclote, Central and Springstead. Can the Sharks run the table for the rest of the regular season?

No. 5 Weeki Wachee (5-9): For the Hornets on the other hand, the new year has gone the other way around. Three straight losses for Weeki Wachee has them four games below the .500 mark. The Hornets have a very tough remaining slate, which includes Crystal River, New Port Richey Mitchell and Nature Coast.

No. 6 Central (1-9): Other than a win over Inverness Citrus 37-32, the Bears haven’t been able to win against any of the other local adversaries in Citrus or Hernando counties. The Bears are hoping to notch a couple more wins onto their belt.