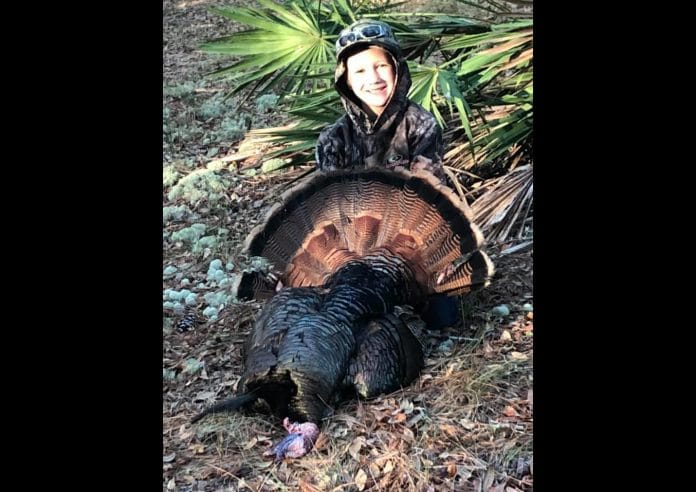 The dogwoods haven’t begun to bloom yet and already I’m seeing toms, still in their bachelor flocks, following the hen flocks.  This is a time of great changes amongst the wild turkeys.  They are changing up their feeding patterns and more and more traveling in the open places as opposed to the depths of the forest.  As I travel about our county, I’m seeing more and more turkeys and the numbers are giving me great hope for the new season.

Now granted, it is a bit early for as much activity as I’m seeing.  Could be an indicator that the flocks will begin their breeding rituals early.  During such Springs, the hunting can become difficult during the later parts of the season.  However, opening weekend will be taking place during the height of the breeding fervor and since the youth weekend precedes opening day by a week, the kids are going to be in for an amazing weekend of hot gobbling and fast action.

But, those are just my first thoughts based on my first scouts of the new year.  What will be a definite advantage to us though?  Numbers!  I haven’t seen early flocks of these numbers in a very long time.  Last Saturday, in under three hours of driving and glassing, I counted seventy-three turkeys and nearly a third of them were toms!  Those numbers really excited me!

Every year I begin by what I call, “soft scouting”.  Basically, I drive around with a pair of binoculars, checking cow pastures, hay fields, powerline easements and anywhere else I traditionally see turkeys.  I do a very amateur survey of the flocks, putting all pertinent info down in my little notebook.  I pay special attention, obviously, to properties I have permission to hunt and the perimeters of public lands as well.  I use the information I’m learning now to plan scouting days as we draw closer to the season.

You see, I really don’t want to focus on flocks organized around bachelor groups made up of jakes and other short bearded birds.  I’m looking for the big boys and trying to guess where they will be establishing their harems as they break away from other toms and begin rounding up hens for breeding.

I can tell you too, I use this time to locate trophy birds on lands I’ve yet to be granted access to.  I do a lot of door knocking….  You can never tell; the homeowner just may say yes!  Overwhelmingly, the answer is no, but at least I know.  Besides, every now and again, they say yes!  I’ll be sharing a lot in coming weeks about squirrel hunting and coyote trapping and lots of other outdoor activities I’ll be engaged in, but you can be sure that while I’m out and about conducting those hunts, my little notebook will be in my pocket and I’ll have my eyes out for turkeys.

If you have any questions or a story to share, please feel free to reach out to me at [email protected]  God Bless, Good Hunting!