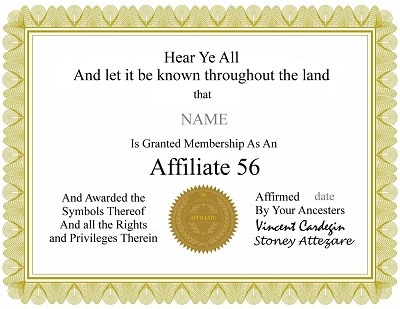 I recently had a long and entertaining conversation with my best friend, Stoney.  For some time now I have set my flat phone on the table in front of me and turned the speaker on when engaged in lengthy calls.  It saves the gristle in my elbows and ears from stress.  I even drop the phone in my shirt pocket and talk while doing chores, when a call lasts very long.  Well, that’s another plus for those walkie-talkie devices.  And that’s what I did while talking to him the other day: started the dishwasher, put clothes from the washing machine into the dryer, and went to the bathroom.

Eventually, we discussed the fact that our children and grandchildren don’t seem to appreciate our writings.  Stoney started a journal in 1974, and I started one in 2006, and we are both members of our imagined Million Word Club, with an imagined certificate for journalistic persistence.  I’m about a quarter-million beyond that, and I’m sure he has advanced to the Two Million Word amenities of the club.  I imagine the certificate for that to be printed with calligraphy much more decorative.

After some debate, we decided that the people who know us, especially our family, simply don’t know how to react to our giving them something we’ve written.  If they’ve actually read it and enjoyed it, what can they say?

“That was good,” says my descendant.

“Thank you,” says I.  And there follows an awkward silence.

And if it’s bad, what then?  Well, they won’t say anything.  Since they normally say nothing, I must assume they don’t like any of it.

Stoney and I finally concluded that what we write is not for the present.  Perhaps our immediate offspring and theirs will read our thoughts and imaginings when they are older, say in their 60s and 40s.  But mostly our scribblings are for later generations.  We fanaticized about some great great great grandchild discovering in the bottom of an attic trunk a book we had printed at a local shop, or a sheaf of “typing” paper that we had produced through a desktop printer, and thinking “I’ve heard of him.  I wonder what the old guy had to say?”  And then he or she is delighted by our accounts of what happened so many years ago.

But being currently still alive, we are both nevertheless a little annoyed.  So I’ve decided to start another imaginary club to entice future family into sampling our works.  I’ll call it Affiliate 56 (not to be confused with Local 58, which I’ve watched on YouTube and am disturbed by, and I use Affiliate instead of Club because there is already a Club 56).  Why 56?  We were both born in 1956.

To qualify, you must be a descendant and have reached the age of 56.  Those who were born on a 56 year—2056, 2156, 2256, etc.—are members from birth.  There are no dues, but you have to prove that you’ve read some of what we wrote (hey, at least 56 separate items; yeah, there you go!)  Who will monitor such things? – to be, as it were, the club president?  Don’t know, don’t care; remember, it’s imaginary.  Amendment: all rules are subject to change based on descendant whimsey.

So to Affiliate 56 I raise a hand in salute, and hope—nay, expect—my greater grandchildren will find, read, and at least chuckle a few times at what we deemed important.