Flags fly at half-staff in honor of Sen. Bob Dole 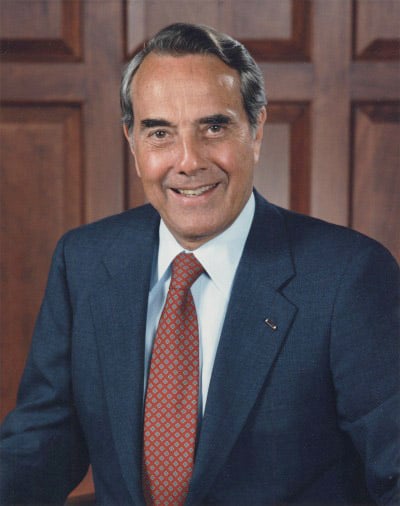 Gov. Ron DeSantis has ordered that U.S. and Florida State Flags at local and state buildings, installations, and grounds throughout the State of Florida fly at half-staff until Thursday, Dec. 9 in honor of U.S. Senator and presidential candidate Bob Dole who died on Dec. 5 at the age of 98.

“As a statesman, he was amongst the Greatest Generation who notably fought for American values,” DeSantis said while issuing the order. “Senator Dole will be remembered as a true patriot and an American hero.”

Born in July 1923 in Russell, Kansas, Robert Joseph “Bob” Dole served with distinction during World War II. While in combat in Italy’s Apennine mountains Dole was severely wounded when a German shell struck his upper back and right arm, shattering his collarbone and part of his spine.

He served in the US Senate from 1969 to 1996 and was the Republican Party’s Presidential candidate in the election of 1996.

A prostate cancer survivor, Dole was diagnosed with Stage IV lung cancer in February 2021. He died in his sleep on Dec. 5.