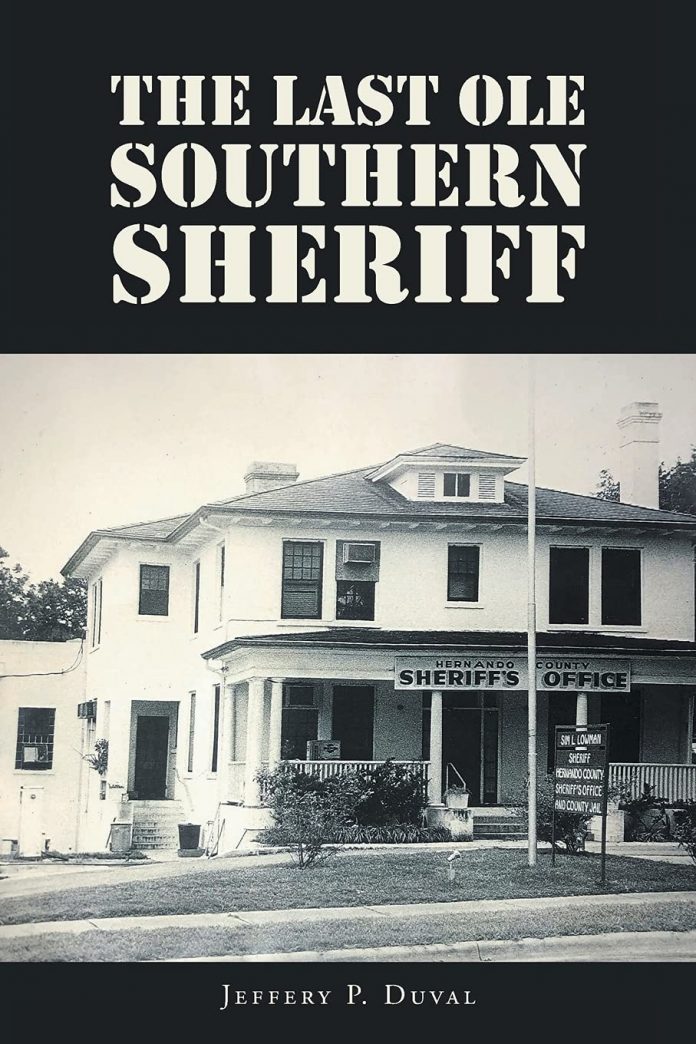 Author Jeffery Duval recounts stories from his time as a Hernando County Sheriff’s Office Deputy in the book “The Last Ole Southern Sheriff.” The stories come from his time working under several sheriffs including Sheriff Sim L. Lowman and Melvin R. Kelly.

Mr. Duval’s stories shine a light on major criminal events that happened in the area such as the serial killer Billy Mansfield who lived in Spring Hill and the murder and domestic kidnapping that resulted in the death of the perpetrator John Darnman in Brooksville. Mr. Duval’s recounting of the John Darnman incident was particularly insightful since he was the deputy that approached Darnman’s car and spoke with him shortly before he was killed.

There are also more lighthearted stories, for instance, the cowboy Billy Bob who rode his horse into the Main Street bar and ordered beers for himself and his horse. Plus Mr. Duval recounts an amusing incident when another deputy shot a hole in the sheriff’s office while examining Jeff’s new gun so they patched it with flour and painted the wall.

Mr. Duval also takes time to remember many of the law enforcement officers he worked with over the years. He especially remembers those that lost their lives in the line of duty. He spends time lobbying for the Hernando Sheriff’s Office to recognize Special Deputy Bill Langston who lost his life while acting in a voluntary capacity for the Hernando County Sheriff.

The book is composed of many stand-alone short stories. It is an excellent way to learn about the recent past of Hernando County. As a Deputy Mr. Duval was involved in many of the big news events that took place in Hernando.

Rocco Magliohttps://www.roccomaglio.com
Rocco Maglio is a co-founder of the Hernando Sun. He grew up in Brooksville and graduated from Hernando High. He then worked in technology for starting in the early 1990s. He was fascinated by the potential of the Internet even though at the time there were not graphical browsers. He recently earned a Master of Science in Information Technology with a specialization in Cybersecurity.
Share
Facebook
Twitter
Email
Previous articleVeterans Organizations Benefit from Glen Lakes Veterans and Friends
Next articleGuardsman, electric coop settle termination case
RELATED ARTICLES
At Home & Beyond