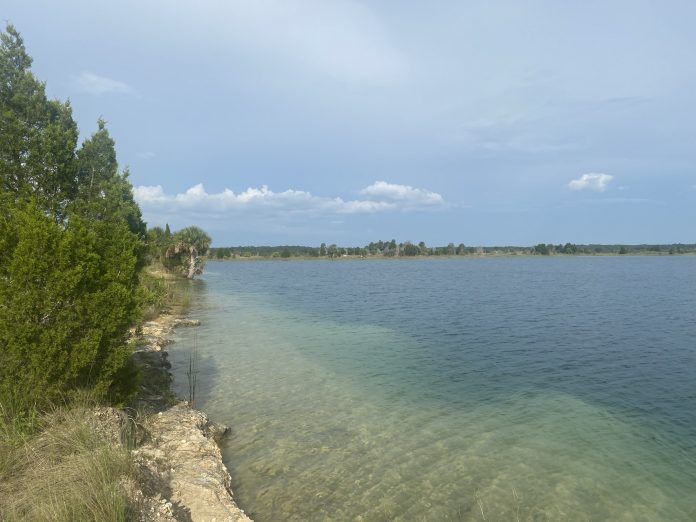 Rogers reported that a public hearing on the Septic to Sewer conversion in Spring Hill will take place on August 23, 2022, regarding the next steps. Rogers did not state anything specific during this meeting. Documentation in the BOCC agenda packet state that “Revisions on language between the County and Southwest Florida Water Management District (SWFWMD) area are ongoing,” but the exact document pending was not specified.

Per a legal notice published on Aug. 12, 2022, the hearing on Aug. 23 will address the implementation of a Municipal Service Benefit Unit (MSBU) on properties within the conversion area in order to fund the improvements.

The first phase of the Septic to Sewer project involves converting properties directly east of US 19 / Commercial Way, south of US 50 / Cortez Boulevard, and north of Elgin Boulevard. This area was determined to be closest to the Weeki Wachee Springs. Replacing septic systems will reduce nutrients introduced into the waterway.

The Feasibility Study conducted on the Weekiwachee Preserve was not available to Rogers during this meeting, but he did say it was expected in the next few days. The study aimed to determine if recreational features should be added to the preserve.

When the Feasibility Study is received, it will be placed on the county’s website for the public to review and comment on prior to the following BOCC meeting.

It was Chairman Steve Champion who picked up the reins of discussion of the half-cent sales tax referendum. “This board is not for raising your taxes. So, this half-cent… tourists pay, everyone pays when they go to the store. We also agreed to lower the millage because all of the burden was being put on the property owners.”

The half-cent tax, if approved by voters will fund roadway projects.

Commissioner John Allocco added, “We can’t keep going back to just the property owners and expect everything in this county to run (with property taxes).”

The referendum will appear on the November 8, 2022, ballot.