Murky is the only way to describe the picture of the workplace in the United States this Labor Day. This may explain why there will be few, if any, of the holiday trappings — parades, community picnics with speeches by labor leaders, prominent clergymen, and politicians — that marked such holiday celebrations in the heyday of labor unions.

In fact, the values expressed in those celebrations seem challenged today by the largest and most influential of those unions.
How else would you add up these figures?

*After eight years of the growth rate of a million a year, the workforce has declined by two million men and women during 2020 and 2021, according to numbers released by the Bureau of Labor Statistics this year. (Maybe explained by the Covid lockdown and the administration’s paying folks for not working.)

*The unemployment rate has hovered at 3.6 percent for several years and in July it dropped to 3.5 percent and still there were 11 million unfulfilled job openings.

*One of every 8 workers is employed by a local, state or federal government. That amounts to a little more than 21 million employees.

*By a large percentage, more government workers belong to unions than those in the private sector — 33.9 percent compared to 6.1 percent.

*Two of the three largest unions are made up mostly of teachers. The largest union, the National Education Association, with 3,002,516 members, is made up entirely of educators. The third largest union, the American Federation of Teachers includes some nurses and other health care workers in its 1,677,775 members.

Significantly, those two unions are on record promoting the Critical Race Theory and other features of the “Woke” agenda which is opposed by legislatures or school boards in 36 states.

“We oppose attempts to ban critical race theory and The 1619 Project (which holds this country was founded on that date with the import of the first African slaves who made this nation rich),” the NEA said in an item adopted in last year‘s convention.

The union also expressed the intention to “dedicate resources toward providing an already-created study that “critiques empire, white supremacy, anti-Blackness, anti-indigeneity, racism, patriarchy, cis heteropatriarchy (a system in which heterosexual men dominate and oppress women and minorities), capitalism, ableism, anthropocentrism (a system where human beings are the only beings that have intrinsic value), and other terms of power and oppression at the intersections of our society.”

Similar attitudes had been expressed by the AFT a year earlier. And they have been voiced by Miguel Cardona, this administration’s secretary of education ever since he was Connecticut’s education commissioner.

Those who question “wokeness” describe it as “teaching that could make students— or business or other leaders — feel they bear personal responsibility for historic wrongs because of their race, color, sex or national origin.”

Bucking the norms of society sounds like the views of the first recorded unions or trade societies in Biblical times. They were made up of tradesmen who worked in gold, silver, wood and stone making idols worshiped by followers of pagan religions with values like prostitution and human—especially child — sacrifices.

Those values were in opposition to those of the Judeo-Christian values of the later unions, trade societies or guilds, many of them connected to or promoted by the Christian church or the Jewish communities of the Middle Ages.

Nor would they jibe with the first nationwide union in this country, the Noble Order of Knights of Labor. Led by Uriah Stephens, a machinist and lay Baptist preacher, and Terrence Vincent Powderly, a devout Catholic, the Declaration of Principles for their union forbade Sunday sessions, banned smoking and cursing at meetings, and denied membership to anyone involved in the liquor business.

It was the New York chapter of that union, which grew with the industrialization of the nation, that initiated the first Labor Day observance in 1882 — named a national holiday the next year by President Grover Cleveland. It was not unusual that abolitionist preacher Henry Ward Beecher was invited by the union to ride in the lead carriage of the parade since Powderly, in his history of labor, wrote:
“With the dawn of Christianity came an awakening of hope, an arousing of the intellect that nothing in history had ever occasioned before Christ said that ‘the laborer is worth his hire.’”
He went on to say, “Trade-unionists, members of guilds, leagues and other organizations of workingmen embraced Christianity and proclaimed its doctrines as being especially advantageous to the welfare of the toiling poor,… and emblematic of progress, of liberty and equality among men.”

And in the years ensuing the Knights of Labor, “the historic and divine person of Jesus Christ loomed large in the rhetoric and imagery of labor leaders who considered he was a model to emulate, a symbol to inspire,” wrote University of Rochester professor Herbert G. Gutman.

Does that sound like labor leaders you hear today? Makes you wonder about the decline of unions today, doesn’t it? 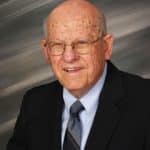