Man trespasses at Explorer K-8 and delivers a strange message 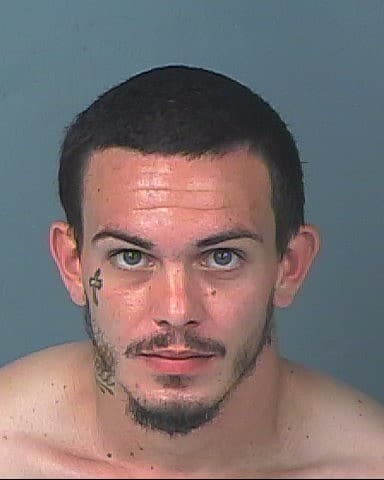 A man by the name of Danial David Lee Dombkowski, 26, was arrested on April 23, 2018 for trespassing on the grounds of the Hernando County School Explorer K-8.

The arrest report states that the defendant, “made entry to a secure area of the school structure through an unsecured door without permission. He remained in the ‘mall area’ of the school and when approached by staff, he advised, ‘There is a black cloud over the school and God told me to come in and pray over the kids.’ He was then escorted out of the building where he was taken into custody.”

Given the recent school shooting at Marjory Stoneman Douglas this was traumatic for the students. We heard from the father of an Explorer K-8 teacher. He said that the children were scared, but his son was able to calm them down and take them to a place of safety.