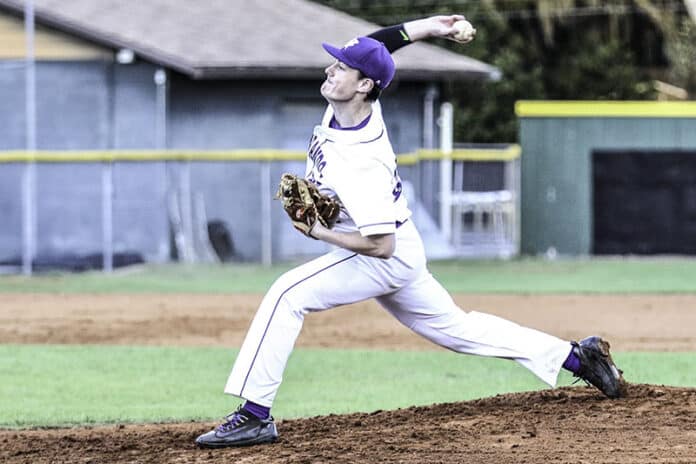 With the regular season coming to a close for prep baseball teams throughout Hernando County, many of the teams have real aspirations towards winning a district championship and clinching state postseason berths. Hernando, Nature Coast and Springstead have all been steady contenders in their respective districts, with Central and Weeki Wachee remaining competitive against district opponents. As district tournaments will be underway next week, we take a closer look at each district with projections on who’ll come out on top in the land of prep baseball.

Class 6A, District 6 (Springstead, Weeki Wachee, Crystal River, Dunnellon, Citrus, Lecanto) hosted by the highest seed: The Eagles have been the most consistent team in Class 6A, District 6 this season and boasts a record of 9-1 playing within the division. Springstead’s lone district loss came back on March 27 in a 4-1 loss to last place Crystal River. Outside of that loss to the Pirates, the Eagles remain the favorite to come away with the district title. Springstead has plenty of solid bats throughout its lineup, including seniors Nick Collins (five home runs) and Jiovel Lantigua (three home runs). Springstead has one of the better pitching staffs in Hernando County and they’ll rely upon the arms of Kevin Tomas (1.97 ERA, 7-2) and junior Jack Jasiak (1.75 ERA, 5-2). Both Tomas and Jasiak form the top duo on the mound of any team in the county and should be able to push the Eagles through to the Class 6A postseason. The Hornets will have a tough time vying for one of the top two spots come the district championship, though Weeki Wachee is currently seeded No. 3 and is 9-12 overall and 5-5 in district play.

Class 5A, District 7 (Central, Hernando, Nature Coast, Cypress Creek, Gulf, Hudson, Fivay, Ridgewood) at Nature Coast Technical: Nature Coast Technical and Hernando, like in softball, lead this district but the road to potentially meeting in the district championship game will be a little tougher. Hudson Fivay has been more than formidable when they send out senior Gunnar Hoglund to the mound and for good reason. The Ole Miss signee has struckout 99 batters this season and boasts an earned run average of 0.30. The Falcons will be a tough out for either Hernando or Nature Coast. The Sharks’ batting lineup is one of the tops around and it features senior Jonathan Gates, whom is batting .426 and has hit seven home runs and drove in 38 runs. The Leopards, who will need to cut down on errors in the district tournament, are led by senior Jackson Short. Short is 5-1 on the mound and has an ERA of 1.67 and 36 strikeouts. Central is a middle of the pack club in this district, but has the talent to compete with just about anyone. Class 5A, District 7 has been unpredictable all season long and the Bears have the ability to pull off an upset.