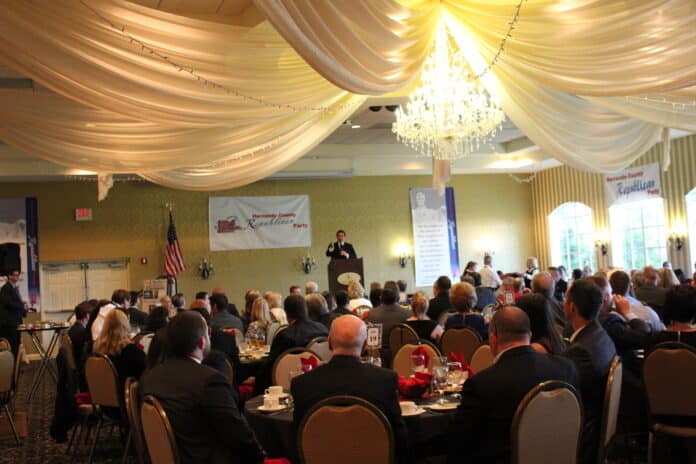 Several Republican candidates for statewide office made appearances: candidate for Attorney General Ashley Moody, candidate for Commissioner of Agriculture Denise Grimsley, and candidate for Governor Ron Desantis. The event provided an opportunity to see and speak with these candidates in person.

The event paid homage to our veterans with several sponsored tables of veterans. John Murphy introduced the veterans by name.

U.S. Congressman Ron Desantis was the featured speaker. He spoke of this blue collar roots and how baseball enabled him to attend Yale. After attending Yale, he then went on to Harvard Law.  While at Harvard he earned a commission as a Judge Advocate General (Jag) Officer in the Navy. He served in the Navy for six years. Congressman Desantis was elected to congress in 2013.

The Lincoln Day Dinner gave Republicans a chance to meet some of the candidates they will be choosing from in the primary.