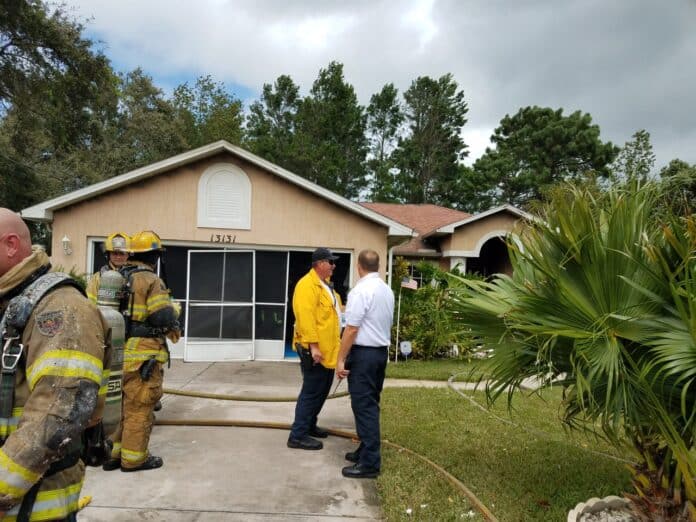 A recent surprise shortfall in the county’s budget was the impetus for the workshop that was held on May 1, 2018. The board voted unanimously to end the Municipal Service Taxing Unit (MSTU)* for the fire department, while keeping the Municipal Service Benefit Unit (MSBU).  EMS will be funded by money borrowed from other internal funds and the exploration of a half-cent sales tax to bolster the General Fund will take place in another meeting on May 22, 2018.

According to HCFR Finance Manager Kelly Trout, eliminating the MSTU could result in some property owners seeing a savings on their property taxes, though not all. Trout reported that an MSBU at $253.09 would sustain the fire department, without the need for the MSTU over the next five years, “unless something catastrophic happens.”

The EMS fund is another story.  Despite measures to save money, the fund faces a shortage primarily from a lack of revenue due to being unable to collect fees from medical insurance companies and individuals for transport.  Hechler reported that at least $100,000 has been saved by Station projects and repairs by firefighters and EMTs taking ownership of stations and performing their own maintenance and repairs, essentially “turning fire stations into firehouses.”  They have also delayed capital projects, vehicle and emergency equipment replacement and major facility repairs.

After a photo was shown of a heart monitor / defibrillator unit with duct-taped handles,  Union Representative Scott Moulton said, “We keep talking about running flat and coming in with a flat budget. We’re running too flat.  We’re on the rim. Things are starting to fall apart.”  Moulton also suggested moving the fleet to the administration of the Fire Department, rather than having the county responsible for the vehicles.  Moulton also suggested that state grants could be found to fund other needs, such as iPads that were recently purchased with a grant to make reporting more efficient.

An increased millage rate was suggested, but after discussion the board reached the conclusion that money could be found in other funds that could make up for the shortfall in the EMS fund.   Future discussions will examine service changes to affected departments.

Economic Development Manager Valerie Pianta reported that the Economic Incentive Fund faces a cash flow challenge in mid-2022.  This fund is used to expand and bring new business to the county.  Amy Blackburn with the office of Management and Budget presented to the board options for finding funds based on what other counties are doing.

The Economic Incentive fund requires $500,000 annually to remain solvent.  Ear-marking that amount from the General Fund is the most widely-accepted option across the board, rather than establishing an MSTU of around .0680 mils.  Pianta acknowledged that  Pasco county has established a one-cent “Penny for Pasco” tax that funds their Economic Development Incentives.

Zoettlein, who served seventeen years with Hernando County has ‘come out of retirement’ to help with the budget snags.  He, the commissioners and staff discussed at length the General Fund, which requires $12 million to operate.  Zoettlein recommended to borrow from an Enterprise Fund to satisfy the immediate need, and repay the loan by December 2018.  Potential revenue streams, and further remedies are expected to be discussed in another meeting on May 22, 2018.

*The MSTU is an ad valorum tax, and it is based on millage, a tax rate that uses tenths ($.10) per dollar per property. MSBU is a non-ad valorem tax, meaning it is a set rate and not assessed based on property value. The money is used to maintain streetlights, fire hydrants, fire rescue services, and multipurpose needs, including road paving.