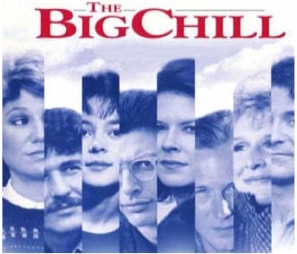 The Big Chill: The Big Chill is a 1983 American comedy-drama film. The plot focuses on a group of baby boomers who attended the University of Michigan, reuniting after 15 years when their friend commits suicide. The soundtrack features soul, R&B, and pop-rock music from the 1960s and ’70s, including tracks by Creedence Clearwater Revival, Aretha Franklin, Marvin Gaye, The Temptations, The Rolling Stones, and Three Dog Night. Cost is $6.

The Valerie Theatre is located at  207 Courthouse Square, Inverness,