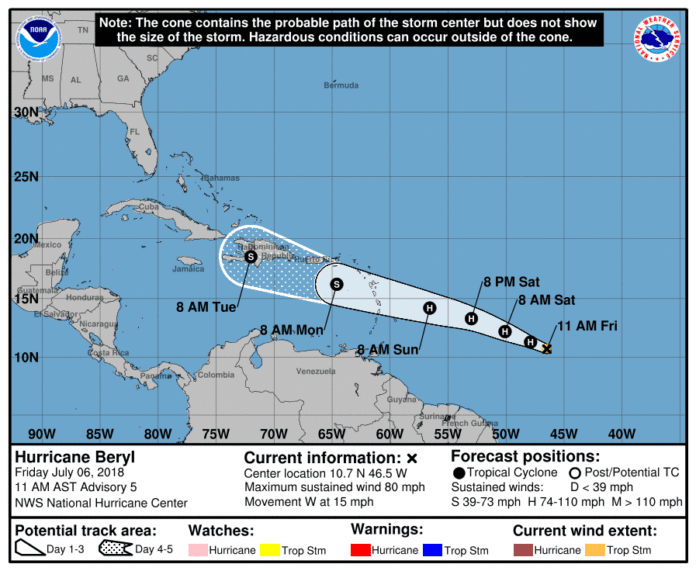 Hurricane Beryl has formed in the central Atlantic Ocean, more than a thousand miles east-southeast of the Lesser Antilles. Beryl is moving west near 15 mph, with maximum sustained winds of 80 mph.

Additional strengthening is forecast over the next 24 to 36 hours. Weakening is expected once Beryl reaches the eastern Caribbean Sea, but the system may not degenerate into an open wave until it passes near or over Hispaniola and the central Caribbean Sea on Tuesday.

Elsewhere, an area of showers and thunderstorms is becoming more organized off the coast of North Carolina. This system may develop into a tropical depression over the next 48 hours.

Neither of these systems currently pose a threat to Florida. However, residents are encouraged to be mindful of the systems’ progression.

Go to https://www.nhc.noaa.gov/ for latest analysis.