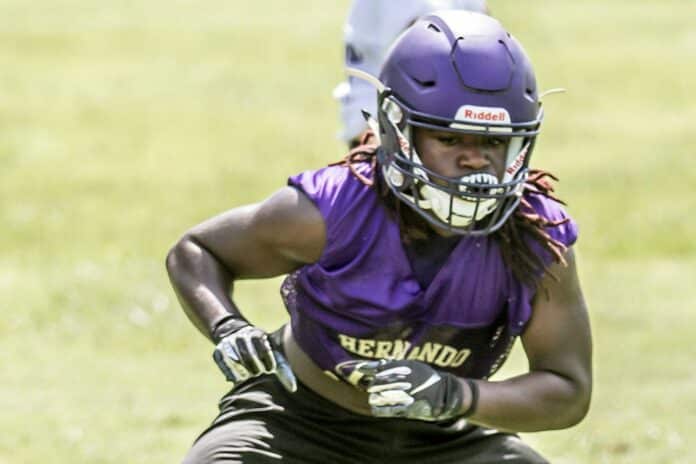 After long hours in the weight-room and competing in 7-on-7 passing leagues throughout the summer months, finally teams around the state of Florida can get ready for preseason play. That includes several of the teams within Hernando County, as Central, Nature Coast, Springstead and Weeki Wachee will all take the field this week. Hernando was the only county club that didn’t schedule a preseason matchup. The Leopards begin the regular season next week when they face Fivay. We take a look at the four preseason matchups featuring Hernando County teams.

Hudson at Springstead: The Cobras didn’t play so well in the spring against Central, whom defeated Hudson in a low scoring affair. Now enter Springstead into the fray and the Eagles are hungry and have something to prove, according to coach Mike Garofano. Coming off a 7-3 campaign that was more than worthy of being a playoff-eligible team, the Eagles are going to try and put on a show for the home faithful.

Clearwater Superior Collegiate Academy at Nature Coast Technical: In one of the most interesting preseason matchups in all of the Tampa Bay area, the Sharks welcome in BJ Hall’s group to the ‘Shark Tank’ and return a backfield that could compare to mostly anyone’s. The Sharks will look to showcase the backfield tandem of quarterback Fabian Burnett and running back Mike Weston. Nature Coast heads into Year 2 Under Cory Johns and many are interested to see how the Sharks fare in the second go around.

Tavares at Weeki Wachee: Jacob Gray’s team and rocking and ready to go and first up in the preseason is Tavares. Both clubs match up well on paper, but the Hornets feel very highly about the duo of quarterback Victor Sykora and running back Sebastian Class. The bar has been set very high for the two backfield mates and Gray believes each could have career seasons. The Hornets played well in the spring versus Holiday Anclote and should follow that up with another solid performance.

Groveland South Lake at Central: The Bears are no slouch of a team, showing their two calling cards this season will be running the football and playing tough defense. Under first-year head coach John Warren, the Bears will have the grit and tenacity to hang with most. The real question lies in how much offense can they muster up game in and game out?