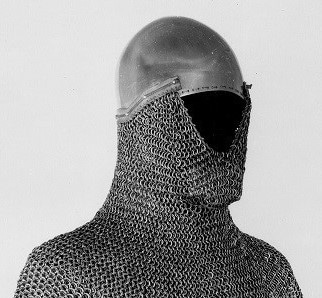 I don’t wear short pants because my shins look horrible.  They are destroyed.  I started destroying them back when I was eight years old and living at MacDill AFB, where my dad was stationed as part of Strike Command.  At the ends of those tall, apartment-like government quarters we lived in, stood large AC units, and when we military brats discovered them we played there a lot, mainly Zorro.  One day I tried to jump the long space between two units, and while I got my left foot on it, the middle of my right shin hit the corner.  You know the episodes of Family Guy where Peter falls and hurts his leg and holds it for many seconds while he hisses through his teeth and moans?  Yep, that really happens.  I think I even made the same sounds, but I’m positive I held my leg for a lot longer, and I endured my suffering while on top of the flat, gray surface of the AC.

Others talk about the innocence of youth, but I am more familiar with its stupidity.  I tried the jump again, and hit the same spot.  And did it over and over.  I finally had to take a break from Zorro, and we kids played other games in other yards around the complex until the scab fell off.  Then I was back at it.  And I leaped that vast expanse on my first attempt!  Oh, it was a shaky landing, with just the toes of my tennis shoes rocking me back and forth until I fell forward on my hands and knees.  But I made the jump!  Confident, I tried it again, and hit the exact same spot on my right shin.  By the end of summer vacation that spot was numb, and it stayed numb for fifty-one years, or perhaps less; I just happened to notice while drying off after a shower that the spot had some feeling.

But over the years I kept injuring my shins, both of them. I don’t know what it is about my shins that I keep injuring them.  As far as I can tell, they are average human shins: long bones with a sharp edge covered with thin skin.  But it seemed that anything between nine and thirteen-and-half inches high kept putting scars on my lower legs. Coffee table, large toolboxes, shredder, wooden lawn chairs, nearly everything in my wife’s garden. Once I nicked a shin with my guitar after I swung it of my shoulder, and several times I whacked a shin with a buckle while threading a belt into my pants.

However, thorough scaring didn’t start until I was at Exwork.  There stacks of pallets were thirsty for my shins, and single pallets with beams and shelves on them hunted my shins down.  Everything shin-high found me and ran into my shins.  From knees to ankles, my shins always had scabs.

Then one day I broke my left big toe.  (Actually, I should say it this way: my left big toe was broken.)  Two fellow associates helped me pull a pallet of salt from outside, and I forgot they were pushing, and so when I leaned back to give it an extra tug up the ramp, I fell down and they push the two-thousand pounds onto my left foot.  Oh, Exwork sent me to a clinic, and over the course of weeks my toe healed, and I’m still amazed that neither of my shins were involved.

After that I decided we associates needed better all-around protection. While my shins bore the brunt of many contusions and abrasions, every part of my body, of everyone’s body, suffered injuries.  Boxes fell on our heads; wooden, plastic, and metal rods poked us in the eyes and gored our abdomens; everything we touched pinched or tried to crush our fingers; and carts sliced epidermal layers from our Achilles heels. As a friend of mine put it: As soon as you move from standing still, you’re at risk of being hurt. So I envisioned the proper attire for such a hostile environment.

Chainmail is the main thing, complete with proper padding: helmet, vest, forearms and leggings, with extra layers of metal plates for shins.  Also, steel-toed shoes with steel heels, and metal gloves with retractable fingertips, so we could push buttons when needed.  I’d like a face shield with a gasmask, something stylish that will protect me from, but not offend, customers of the filthy trend.  Or, just give me Iron Man’s suit.  I could wear that.

Of course, in the future, a full metal associate will probably be a robot.