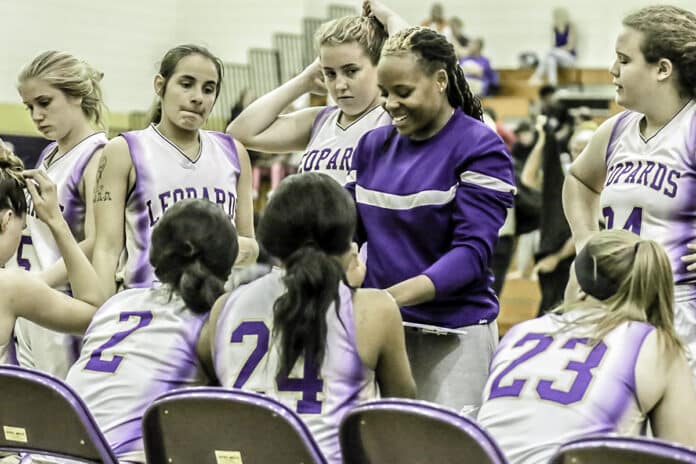 Teams came to battle it out on the final night of the 2019 Hernando Holiday Classic held on the Leopards court in Brooksville (Jan. 1 – 4, 2019).

For the girls, the final game for third place was between Weeki Wachee Hornets and Hernando Leopards. Weeki Wachee took home the win against the Leopards. Score WW 54 – HHS 29.

The girls’ championship match was played by Armwood and Chamberlain.  Armwood beat Chamberlain 46-29.

In boys basketball, it was also a tense game between Slam High School (in Tampa) and Hernando- both vying for third place. The score between the two teams stayed close throughout the entire game, kept the fans on their feet with almost each play.  In the end Hernando Leopards took the lead to take the win. Score: Slam 49 – Hernando 62.