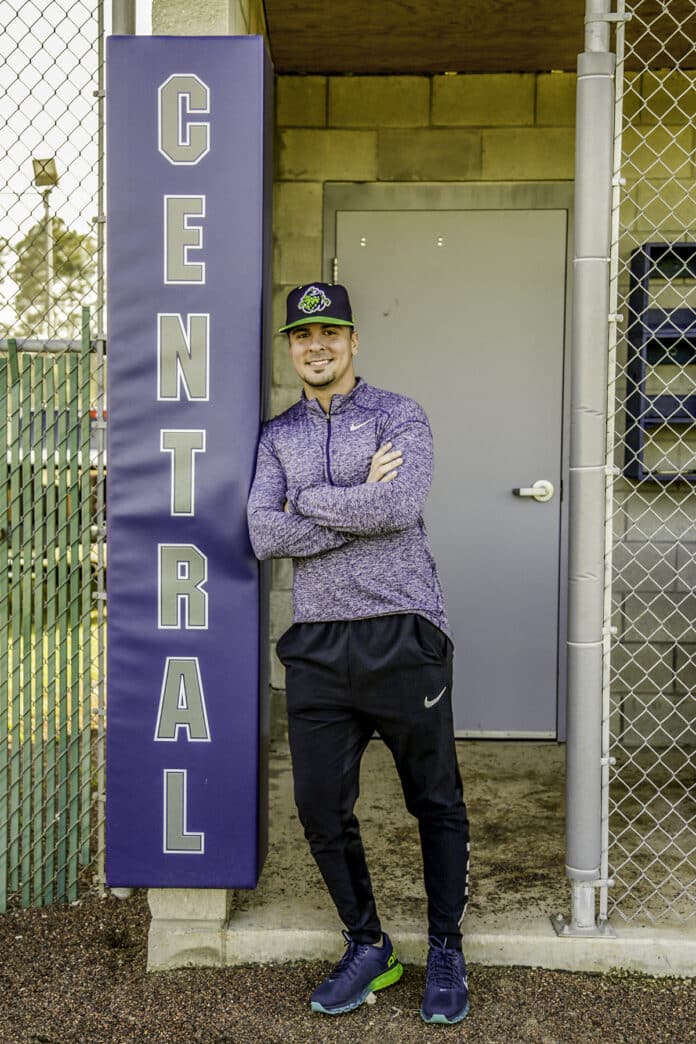 For any athlete wanting to make it to the ultimate prize of competing professionally, there’s an old adage for most of them: while the good players know their limitations, the great ones are constantly striving to get 1% better while also doing everything they can to put their team in the best position for sustained success. One needs to look no further than Patriots quarterback Tom Brady for this statement to ring true.

Coming off his first professional stint in Short Season A, the 22-year-old McKenna exceeded everyone’s expectations in his conversion from a starter to a middle/late-inning reliever. He compiled a 2-1 record in 20 appearances (29 innings total), obtaining 31 strikeouts and only surrendering 16 hits. What is incredible towards his evolution as a pitcher was his ability to prevent opposing teams from scoring; his earned run average was an incredible 0.93, which was fifth-best of 100 qualified Northwest League pitchers who threw a minimum of 20 innings, according to Baseball Reference.

As McKenna prepares for his March 3rd report date to Spring Training in Scottsdale, Arizona he reflects on his experiences back in June 2018. The interesting part for Trevor was the first 24 hours after his family and friends gave him a send-off party at Marco’s Pizza in Spring Hill: “I boarded a flight from Tampa to Arizona at 6 AM and got there around 9 AM their time. The Diamondbacks staff told me to hang out and that physicals would take place at 3 PM that afternoon. After some lunch and picking up my Diamondbacks gear, I passed the physical and thought I could go back to my hotel to rest since it had been a long day. To my surprise, I was informed that I would sign my contract immediately and be assigned to the Hillsboro Hops in Hillsboro, Oregon. A flight was booked for me that same evening at 6 PM. After everything was said and done, I finally fell asleep at 1 AM PST, which was 24 hours from the time I woke up to catch my plane in Tampa.”

A few hours later, Trevor was picked up at the hotel and brought to the Hillsboro Hops facility for staff introductions and Media Day. The first thing Trevor remembers is the locker room and the five different uniform combinations hanging in his locker. After suiting up in the Hops’ home white uniform, he headed out to the field and was completely floored by how beautiful it was. McKenna admitted: “The field was absolutely gorgeous. I was blown away by what I was looking at.”

McKenna was the first one interviewed during Media Day and composed himself very well during a Facebook Live segment with the Hops’ official broadcaster, Rich Burk. Trevor stated: “That segment got 9K views, which was cool.” Burk told Trevor after the interview, “You seem like a really down-to-earth guy and you seem really excited to be a professional baseball player.” McKenna replied: “Absolutely, I know I am blessed to be here, and I’m going to take advantage of this opportunity and prove to the Diamondbacks that they made the right decision in signing me.”

“Overall, my first professional season was a great experience,” stated McKenna. “I told my dad that whether it was the beginning or near the end of the season, I would be sitting in the bullpen and have to pinch myself that, wow, I really am a professional baseball player.”

One moment, though, does stand out to Trevor: the first time he was summoned from the bullpen. “Pretty crazy moment, actually. We were in Seattle to play the Everett Aqua Sox, the Mariners’ minor-league affiliate, and they said, ‘You’re going in the game’ and I was ready for when I got called. Suddenly, the phone rings, and they said, ‘Get Trevor ready.’ So, I start tossing, I go on the mound, and the first batter I faced, my defense turns a double play. After the game, during the team meeting, the head coach recognized my efforts and rewarded me with the game ball and the official lineup card.”

For his former coach and mentor, current Central Bears Skipper and Athletic Director Al Sorrentino, Trevor’s evolution from when he first saw him on the fields of Anderson Snow Sports Complex as a kid to this point has been nothing short of extraordinary. “I remember coaching him along with his dad on the Hernando Hurricanes travel ball team, and he was great then. One day, his dad came up to me and said, ‘You need to help Trevor because he’s not listening to anybody else,’” and Sorrentino continued: “Trevor’s always been a hard worker and stood out above the rest when it came to that. His single-minded focus is something I’ve always admired about him. I always felt in my gut that he would play pro ball, and I’m honored to have played a role in helping him reach his goal.” Even more impressive, according to his dad Dennis and Coach Sorrentino, was why the Diamondbacks gave him the chance he’s worked all his life for, and to anyone fortunate enough to have played with or against Trevor, it rings true: “The scout who recruited Trevor told him that, in addition to his talents, he was signed for his leadership skills, character, and morals. He thought Trevor was the best fit for the Diamondbacks.”

Of course, nothing in life is possible without family, and he’s gotten an incredible amount of support from his loving parents Dennis and Linda, who made it a habit to watch most of the games the Hops played, even with the three-hour time difference between Oregon and Florida. “Trevor’s season was unbelievable. We were able to watch most of his games with a MiLB.tv subscription. We knew he had the potential to make it, and despite some adversity along the way, his commitment to excellence is what got him to this point.”  One thing’s for sure: they know this was Trevor’s destiny. According to Dennis, there’s a quote he’s always said which rings true for anyone with a dream: “If it’s going to be, it’s all up to me.”

As the time nears for his return to Arizona, Trevor does want those who have known him and watched him develop over the years how much your support means to him: “On top of all the support from the community, I hope you guys are proud of me. That’s all I’ve really set out to do is make my community proud, not only for the person I am and my accomplishments in baseball, but also trying to build upon an established reputation for this county to where college recruiters and pro scouts will want to come here to evaluate student-athletes of all sports.”

Trevor looks forward to Spring Training and proving his skills once again. His first professional season was very successful, but he is fully aware that it is history and you must strive to continue to be successful in season two. He is excited about his next assignment, wherever that might be, and meeting his new teammates. One thing is for sure, though: Trevor, the community is proud of you! Best of luck this year, sir!