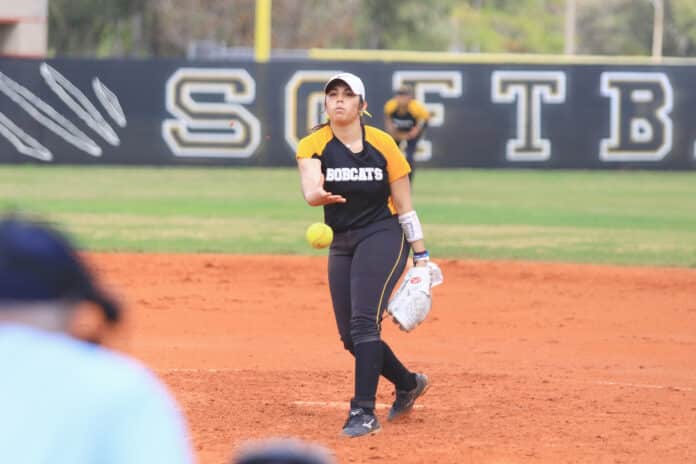 Even though the rain created a soaked and muddy field, the Bobcats coaches and players poured the sand, raked the infield and made it happen.

PHSC softball team is the only team listed within the NJCAA (National Junior College Athletic Association) Region 8 Division II, and this pushes the women into playing teams with a higher competitive standard.

“It allows us to play the competition which I think is a little bit stronger,” Ryan said. “I think it prepares us more for the postseason.”

Thomas Ryan began coaching women’s fastpitch softball 25 years ago at PHSC and as well as put the program into place.

“I think it developed into a well-respected program within the state,” Ryan said. “Each year we’ve been very competitive, and we have great success for the past 25 years.”

Bobcats have a back to back doubleheader February 9th at South Florida State College and Sunday, February 10 on their home field against Saint Johns River State College.

“I think we are coming together nicely,” Ryan said, “We have great chemistry.”

The women’s fastpitch softball team completed five games, 3 (L) – 2 (W) for the beginning of the season, and with under two months of doubleheaders, the potential to build up their game lies ahead.