Blues icon to perform in Brooksville 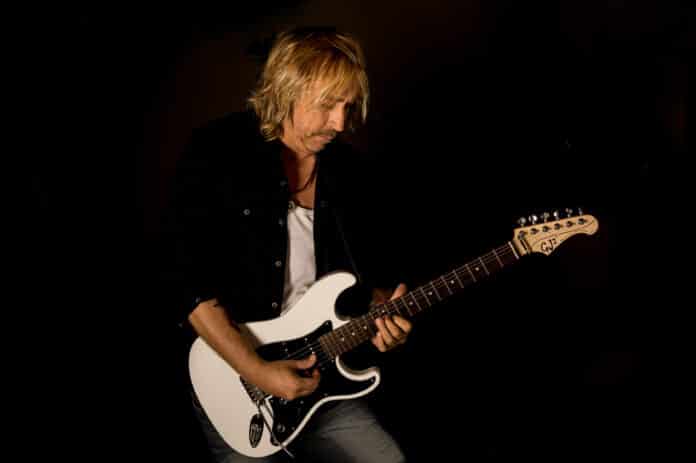 A bit starstruck, I had my first interview for The Hernando Sun with the Grammy-Award Winning Guitarist, Paul Nelson, this past week.

He phoned this little ole’ newspaper writer in Hernando County. We talked about his exciting, upcoming appearance at the Blues Bash at The Sertoma Youth Ranch in Brooksville, this Sunday, March 17, among a few other interesting things.

To tell you the truth, it was like talking to an old friend I hadn’t seen in years. Paul Nelson makes you feel that way. Just a humble and down-to-earth kind of guy, with an easy-going sense of humor.

Yet, he’s still a Grammy-Winning, Grammy-Nominated musician who’s a top act for Buddy Guy’s venue, Legends, in Chicago and who first met Lady Gaga (in her coffee filter dress) on the Jimmy Kimmel Show. I should also mention, he has shared stages with Eric Clapton, Billy Gibbons, Slash, Warren Haynes, Derek Trucks, Joe Bonamassa, Vince Gill, Ben Harper, Samantha Fish, and a laundry list of others.

Paul is also considered one of today’s top contemporary  blues/rock guitarists alongside the likes of Joe Bonamassa, Warren Haynes, and Robben Ford.
Oh yes, and he has been on tour multiple times in Spain, China, Japan, and all over the United States.

About the time most folks around here are enjoying their 2nd or 3rd cup of Friday morning coffee, my interview began with Paul Nelson.

“What do you like most about the life of being an internationally-known Blues guitarist?”

Paul: “As a live performer, when you play that one show or evening, it’s a one-time thing. That one performance will never occur again. Things will change. The people will change. The environment will be different. The surroundings and sounds, they are unique in that one-time experience. I love the spontaneity, when the band is cooking and all. It’s a drug. There’s nothing else like it.”

There’s no denying Paul Nelson’s deeply embedded passion about his music, his producing, his songwriting, and his performing. His passion has existed since he was a very young boy. Growing up, he idolized the Blues icons such as Jimi Hendrix and Johnny Winter.

“You studied at Berklee College of Music, right?”

Paul: “Yes I did. I studied with Steve Vai (also a Grammy-Award Winning guitarist, producer, and songwriter). I know that many musicians don’t go the route that I did. But I do believe a musician benefits greatly from learning all the different types of (instrumental) ‘tools’ and various combinations. That way, you have your own ‘tool box’ or ‘tackle box’ [laughing] to pull things from. It’s all about the craft.”

If you’re a blues fan or have even just heard whispers of the blues then you probably have heard the name, Buddy Guy (Born in Louisiana, who at 82 years old, still owns and continues to play at his bar of Legends in Chicago [New Yorker Magazine Mar 2019])….(Just in case you’re wondering, Buddy will be in Clearwater on Tuesday, March 19th).

Buddy was discovered in 1957 by Muddy Waters, “the father of modern Chicago blues,” born in Mississippi.

Muddy Waters was also an idol for Blues Legend icon, Johnny Winter. Best known for his high-energy blues/rock live performances. Johnny Winter was (as previously mentioned) a huge idol to Paul Nelson, as a kid.

If you’ve ever doubted that dreams really do come true, then this story is for you:

Right after Paul Nelson got a good grip on his own instrumental ‘toolbox’ at Berklee, he returned to Connecticut (where he grew up), and began his studio recording.

Paul: “One day, I was playing in the studio and someone tells me that Johnny Winter is here, (in the same studio)…..unknown to me at the time, Johnny Winter had been listening in on my recordings, and next thing I know Johnny is asking me ‘would you like to be on my album?’….A few moments later, he’s asking me to tour with him, and 3 days later I’m in England, playing on tour with him.”

Paul: “It all happened so fast, but it really was the most life changing experience of my career.”

At first, Johnny Winter and Paul Nelson shared the stage. Touring all over world. Then, they became good, close friends.

Paul: “Johnny was my idol as a kid. As an aspiring musician, and soon a close friend working alongside him, I began to see he was struggling quite a bit, and having some major life challenges. So I was there for him. Helped him through his Heroin addiction, and helped him get some management things changed. After a process of this and that, Johnny started making public appearances again and started getting recognized again for his talent (receiving a Grammy award nomination in 2004). I played with Johnny for over 10 years, up until he died.”

Paul: “It’s always a good feeling to help someone out, when you know they need help. Johnny had certainly helped me out, so I wanted to do the same for him. He was like a father to me. I’ve certainly been lucky or blessed with many things, but that….to be able to play a role in someone’s life, someone like Johnny Winter, and to change it for the better…. is a ‘bucket-lister.’”

For a deeper dive into the Winter’s personal stories and life on the road, his documentary “Down and Dirty” is highly recommended. (Including special appearances by Paul Nelson).

Little did I know that I would have anything in common with Paul Nelson (a Grammy-Winning, all-American celebrity Blues guitarist whose performances are already legendary). But at the end of his interview, a little family history was exchanged in conversation.  Paul said “my father’s side of the family is from Alabama….Birmingham and Tuscaloosa area.”

Something tells me Paul Nelson isn’t quite done changing the world of those he encounters, for the better.  With all of that said, The Paul Nelson Band will see y’all Sunday at The Blues Bash at The Ranch!

For additional information call: (941) 758-7585.
Or visit the website: www.bluesbashattheranch.com

The Hernando Sun is offering a chance two win 2 tickets to the Blues Bash on Sunday plus a meet & greet with Paul Nelson for you and a friend.  Just take our Which Blues Brother are you?