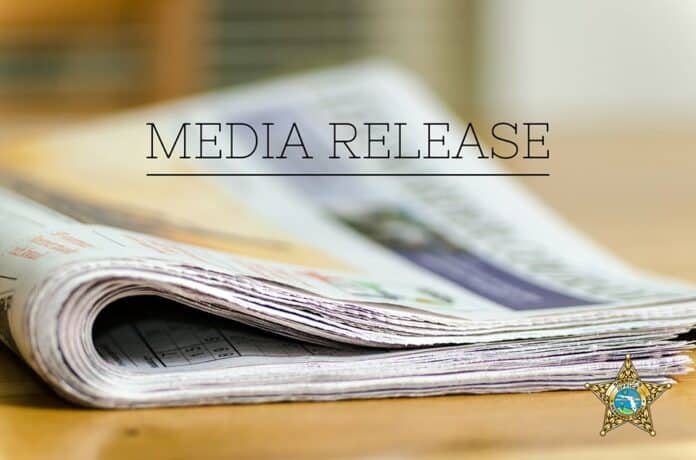 On 06-07-19 just before 11 p.m., Deputy David Greis-Ospina conducted a Traffic Stop on a gold Cadillac in the area of Treiman Boulevard (US-301) and Reynolds Street in Ridge Manor due to the vehicle having no rear tail lamps.

As Deputy Greis-Ospina approached the vehicle, he observed the passenger placing an unknown object behind her seat. At this time, Greis-Ospina requested that his back-up keep a close eye on the passenger while he engaged the driver.

The driver and passenger both identified themselves and provided dates of birth. Deputies queried both parties through law enforcement databases and found both to be negative for wants or warrants.

The driver was advised that the traffic stop was concluded with a verbal warning.

Both females were asked to exit the vehicle so deputies could search the vehicle.

When the passenger exited the vehicle, deputies observed a crystal-like substance on her neck, chest, and clothing, indicating she may have ingested methamphetamine. The deputies requested Fire/Rescue respond to the scene for precautionary reasons.

While awaiting the arrival of Fire/Rescue, the passenger refused to cooperate or provide information about any illegal substances she may have been in possession of or ingested. She was subsequently transported to a local hospital.

A search of the vehicle revealed 26.39 grams of methamphetamine which was stored in three baggies. The baggies were located in a pouch that the passenger placed in the back seat as Greis-Ospina approached the vehicle. Deputies also located baggies in the passenger’s purse that matched the baggies that contained the methamphetamine, a small amount of marijuana, a digital scale, and glass smoking pipes.

A more thorough search of the passenger’s person was conducted at the hospital. This search revealed two additional baggies containing methamphetamine, totaling 31.46 grams of methamphetamine. These baggies had been hidden in her undergarments.

The passenger was admitted to the hospital for ingesting an unknown amount of an unknown substance.

While at the hospital, the passenger went into cardiac arrest. The passenger is currently on life-support.

If the passenger recovers from this episode, she will be charged with the following:
– Trafficking in Methamphetamine
– Possession of Marijuana – Less than 20 Grams
– Possession of Drug Paraphernalia.