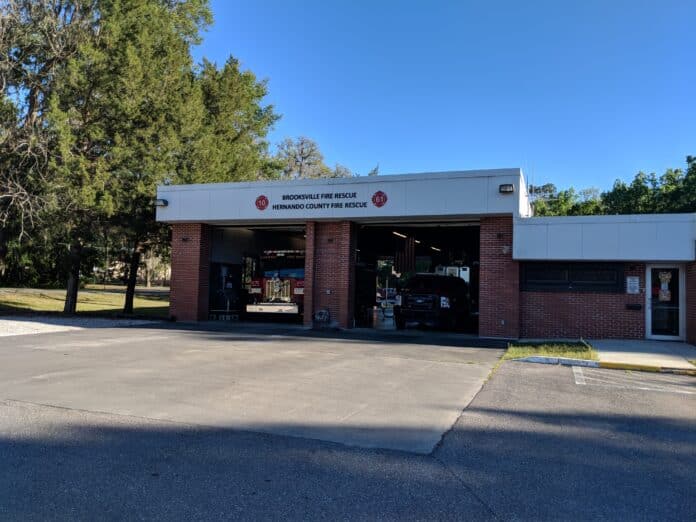 Brooksville city council received an update on their fire assessment methodology on June 3, 2019,  presented by Chris Roe from the law firm of Bryant, Miller, Olive and Erick van Malssen, a Principal of Stantec. The current  Fire Assessment Methodology is based on the fire department’s readiness to serve the public. The firm was also asked to determine if the availability approach or the demand based system would be the better option for the city. Roe said a timeline was presented in February and they are nearing the time the Council must decide how much revenue they desire to collect, and which method to use. September 15, 2019 is the date Poe gave as the deadline.

Van Malssen gave a condensed version of the results of the assessment and said they have not made any changes to the details shared in February, which was to potentially change the designation of mobile home spaces per parcel for mobile homes in parks and determine the potential revenue. The County Appraiser’s office is scheduled to release the property data on 06/01/19.

The current fire assessment (tax) in place is based on “Readiness to Serve,” meaning that the property and its structures have 24-hour availability to fire service, if needed. The Tier I rate is $0.97 for every $1,000 of the value of the structure on the property. The Tier II rate is $135.00 for the parcel.

One option is to designate each mobile home space in a park as a Tier II unit, assessed at $135.00. While it would potentially lower rates for other properties, it would be a significant increase for those in mobile homes.

Another option is changing to a ‘Calls for Service,’ or a usage-based (Demand) system. This would classify each property according to a specific type (residential, commercial, government institutional, industrial warehouse, vacant). The cost per property type is calculated based on calls to that property type during the past four years, the cost per type and divide that cost among the number of properties in that type.

Van Malssen said the advantage to the Calls for Service option is the flat fee, based on demand and not the size of the home or the number of units, which is the fee structure under the current assessment plan. Institutions and multi-unit properties would see an increase in their assessment.

Legally, this method has been upheld in the courts, van Malssen said.
A graph comparing the three types of assessments illustrated what would be needed to reach the current revenue. Using the sample category of single family homes, under the current and adjusted tier assessments, the rates are based on the value of the structure on the property and would remain higher. Under the Calls for Service option, the rates for the single family homes would remain stable and become lower since it is a flat rate.
Other examples showed the effect on apartment complexes, shopping centers, churches, assisted living facilities, and other property categories. Certain non-residential categories showed an increase under the Calls for Service.

Mobile home parks showed the greatest impact under both the new availability assessment and the flat rate of the Demand assessment. RV spaces would be assessed at the commercial rate since it is considered a transient space, like a hotel.

By comparison, under the County’s Demand rates, the cost would be even higher for most categories, except for vacant lots and churches. Mobile homes rates consistently increased in all options.

Van Malssen asked Council for the next steps to take depending on how much revenue they wanted, whether to continue or modify the current assessment method or to change to the Calls for Service/Demand option. He gave a proposed timeline of the process:

Mayor Bill Kemerer asked the council members and then the public for questions and input.

Robert Battista verified that the Demand method was for fire service only and did not include Advanced Life Support (ALS) service. Van Malssen said the percentages used were fire service and basic paramedic responses only, about 3500 of the 12,000 calls from 2018.

Donna Morin expressed concern over the increase to the mobile home park owners. She was against the increase.

Michael Britton, president of the Southway Villa HOA, said he was opposed to changing the current assessment as the cost would be passed to the individual owners, causing the residents to leave.

Robert Buckner said he has been against the high fees for vacant lots “subsidizing services for those that typically use it.” He would like a user-based system since vacant lots use 5% of the services but pay a higher fee, he said.

Van Malssen explained that EMS benefits people, not property, so it cannot be included in the non-ad valorem assessment for a city.

Joe Bernardini said he did not think it was fair for a small vacant lot to pay the same assessment ($135) as a larger mobile home lot with the mobile home on the property.

Battista said vacant lots valued at < $1,000 are exempt from the assessment but that exemption level could be changed under the City’s current ordinance.

Pat Brayton said while he agreed with Battista, he did not believe there were any vacant lots in the city valued at <$2,000. Looking at the assessments on vacant lots was a possibility.

Battista responded that the vacant lot owners were paying more in the non-ad valorem assessment than they were the ad valorem fee. He said this probably referred to “splinter” lots.

Betty Erhard said she has been against the fire assessment and agrees with the other council members’ recommendations. She thinks the $150 fee would be too much for residents.

Kemerer understands the concerns of the cost of the assessment for each property owner and mobile home residents. But the amount was calculated based on the amount of money the City desired to raise under the current assessment method.

The discussion was about making “significant changes to a system that’s already been court approved,” Kemerer said. He was not impressed with the track record of the previous City Attorney through the courts, he said. Kemerer does not want to attempt a modification without going through the courts. That is a process that would take time and would not serve anyone’s best interests.

The Demand option is used in Florida but would pay <50% of the City’s fire department costs, Kemerer said, with the City paying the remainder from the General Fund. If the City had agreed to transfer to the County’s system, property owners would already be paying significantly higher costs.
Comparing the current City assessment rates with the County’s rates, Kemerer was pleased that the City rates were competitively much lower, but thinks the Demand based system is more equitable to every property category. Not everyone will like every option, but the Council has to look at what is best for the City in the long-term.

Kemerer expressed concern that the City is not growing like the rest of Hernando County or the state.  He compared rates between residential properties and mobile homes. Battista said mobile home residents currently pay far less but generate a higher number of calls.

The timeframes were important in the decision as well. Roe said Council needed to select one of the two options and determine if generating 50% of necessary revenue was enough. Roe and van Malssen could return with the figures needed by the next meeting date and prepare the documents for the notice. If Council later decided on no change, Roe stated they would also incorporate language to accommodate that.

The number of recent urgent or immediate decisions the council has made concerned Brayton. He suggested waiting until next year to make changes.

Kemerer disagreed. The City’s 20-year lack of growth is due to the council members “kicking the can down the road.”  “It’s always next year,” Kemerer said. “How many ‘next years’ do we want?” The council members had the information, and there is no guarantee they would win in court.

The council reviewed the history of discussions over the past few years and how it affected the Council and its decisions. Kemerer said his choices are based on what is in the best interests of the City, not just segments of the constituency.

Erhard agreed with Kemerer about making progress, and with Brayton’s concerns over the urgency as she wants to hear from the public. The decision before Council was to just give the approval to move forward with notices, which takes time. Van Malssen said that the notices will bring the public for the full discussion.

Erhard moved to direct Roe and van Malssen to move forward with the preparation to send notices regarding the Demand option. Bernardini seconded the motion. The motion passed 3-2. Brayton and Battista both opposed the motion as they preferred the modified assessment option.