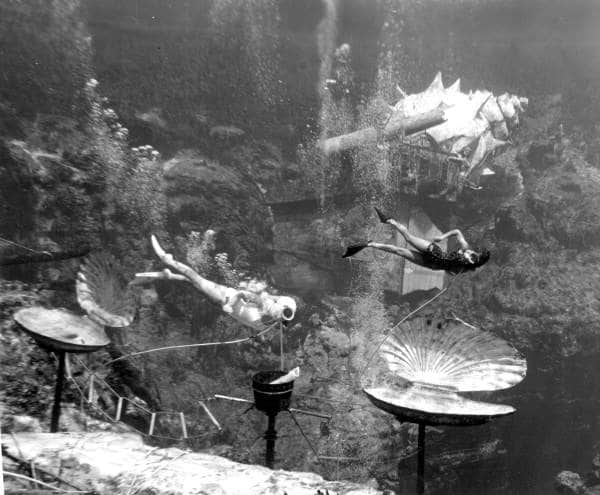 A number of interesting people have been involved with Weeki Wachee including Newton Perry (Creator of Weeki Wachee Springs Shows), Ricou Browning (underwater film pioneer), Al Zaebst (founder of Aquatic Zoo at Weeki Wachee), and many others. Elvis Presley spent time at Weeki Wachee. The American Broadcasting Company (ABC) bought the park in 1959 and used their large reach to promote the park. Weeki Wachee has appeared in films including Mr. Peabody and the Mermaid (1948) and Neptune’s Daughter (1949).

An enormous amount of history has unfolded at the park and this is a great chance to preserve a portion of it. Residents now in their eighties and nineties hold memories of the springs before the park was created and in the early days of the park. This may be one of the last chances to preserve those recollections.

We recently spoke with Pola Kelly and she was reminiscing about spending time at Weeki Wachee. In 1938, she was a little girl and her father placed her in an innertube and took her out to the center of the spring while her mother stood on the shore throwing a fit. She also remembers that at the spring they could cook fish and swamp cabbage, both of which were readily available in the area.

If you have memories of Weeki Wachee or know someone who does, please bring them to the Weeki Wachee History Harvest Event on Saturday, September 14, 2019. Sharing these stories will allow all of us to appreciate the Weeki Wachee Spring a little more.