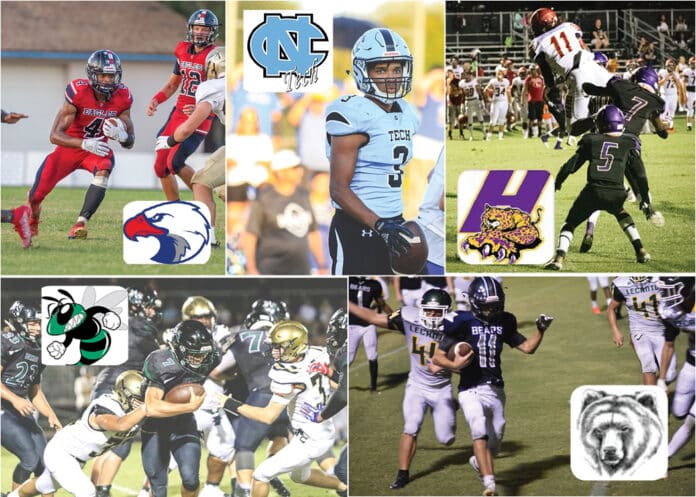 The regular season for prep football in Hernando County heads into week 9 action and last week went according to plan for most of the county. Nature Coast rebounded with a bounce back victory while undefeated Springstead was able to shut down Lecanto at home 40-0. All five of Hernando County’s squads will be back in action this week and teams will be that much closer to completing the season after this Friday. We take a closer look at all of the week 9 regular season matchups on tap for Friday night Oct. 18, 2019.

Springstead (7-0) at Groveland South Lake (3-4): A trap game before facing district for Lake Minneola? It could be for Springstead, as they go on the road to face a Groveland South Lake team that has been up and down this season. In order for the Eagles to continue one of the best starts in school history, they’ll rely upon the running of Anthony Alexis and two-way star Adrian Cabrera to guide the team to win No. 8. The Eagles are inching ever closer to the possibility of reaching the 10-0 mark, but need to focus on getting past South Lake.

Nature Coast (4-4) at Inverness Citrus (8-0): In one of the most intriguing matchups across the neighboring areas, this game will define if the Sharks get back into the playoffs or not. Games against Inverness Citrus and Hernando to end the year are fitting that both teams are what stands in the way of the Sharks getting back into the big dance. Inconsistent play on both offense and defense has been a big problem for Nature Coast, but wasn’t an issue last week when they faced Weeki Wachee. Nature Coast drubbed Weeki Wachee 42-0 and seems to be regaining a bit of swagger as the season draws to a close.

Central (3-4) at Hernando (3-5): After starting the season off at 3-0, it’s been unfortunately a downward spiral for Central. The Bears have dropped four straight games since then and head into a pivotal stretch of games against Hernando, Weeki Wachee and Springstead. All three games will be tough sledding for Central if they’re looking to reach the .500 mark. Hernando is another club that has suffered up and down episodes all season long and last week was a continuation of that. The Leopards fell 7-3 in a heartbreaking loss to Citrus.

Weeki Wachee (1-6) at Crystal River (3-5): The Hornets were just starting to feel good about themselves after upending Holiday Anclote 28-6 but then followed that up with a tough 42-0 loss to Nature Coast. Which Hornets team will show up this week? Weeki Wachee hopes to land win No. 2 when they hit the road north to face Crystal River. The Pirates are coming off a narrow 14-6 victory over Central last Friday.