Run the ball and stop the run, and good things happen! 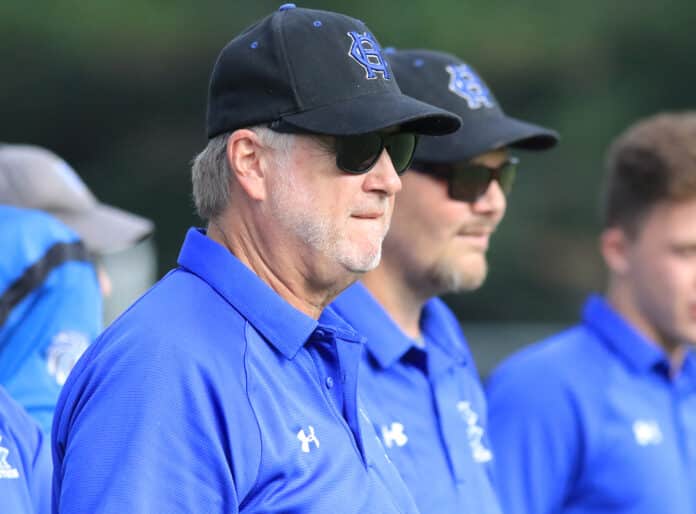 It has been a long road for Hernando Christian Academy (HCA) and a hard process to recover from last year’s season with just three wins. Who would’ve thought that those previous year’s classmen would push through the adversity to become ranked number 2 in 6-man football for the entire state of Florida?

Yes, you read it right! According to the Florida High School Football Rankings on MaxPreps, HCA secured the number two spot out of 29 schools.

The unpredictability of Bayshore Christian, on paper, seemed to be a good challenge for the Lions, but unfortunately viewed on the sideline, not so much. The Warriors just couldn’t get any control over HCA’s offense or defense, which ended their last game of the season trailing HCA 43 points. HCA took the win: 55 over Bayshore 12 on Friday, Nov. 1.

“This is who we are,” Lance Schwan said during the huddle. “Enjoy it over the weekend and put it behind you, now we go and start the real stuff. You’ve got three more, that’s the countdown.”

After the coaches praised their players for a great game as well as their accomplishments and team unity, Coach Raley made a valuable point.

“I’d like to say that one of the strengths is that we have enough people to practice. Having a scout team makes us better. That is a big deal with us,” said Raley. “At the end of the year, our scout team receives their own award for their sacrifice, because they have to practice against these guys all week.”

Those players that rarely get playing time are not often recognized by coaches. They contribute just as hard as anyone on the team, especially on a small roster. The players on the Lions starting lineup are also very aware of that as well.

“Last year, I was one of those guys,” said Jordon Kilcrease. “I have something written on my cleats… Good things come to those that wait. I never used to play at all (last year), I used to sit on the sidelines. I want to thank them for all the hard work they put in [during practice] and dedication.”

Throughout the season, the players and coaches learned about each other, but also how they truly formed a family environment.

“First off, surprised because we have come a long way. We have some excellent kids that came and joined us this year that kicked us up to the level we are at now,” Raley said. “But the number one reason we are who we are is (because of) leadership. Everything rises and falls on leadership.”

“I really learned the nature of this team; the nature of this team is business. Evan Klukowski, who is an extremely good leader, it’s his show. Austin Cain and Aiden Hopping, these three kids are in the middle of the defense, and they make everything else happen, we are very much a defense driven team,” Raley added.

The Lions offensive line has brought this team the opportunity to achieve their season’s success towards the number one goal: playoffs.

First Coast Christian will be traveling from Jacksonville to Hernando Christian Academy’s home field on Friday, November 8, to kick off 2019 FCAPPS playoff games. Game time is unavailable at this time.