NCT Begins the Holiday on a Happy Note 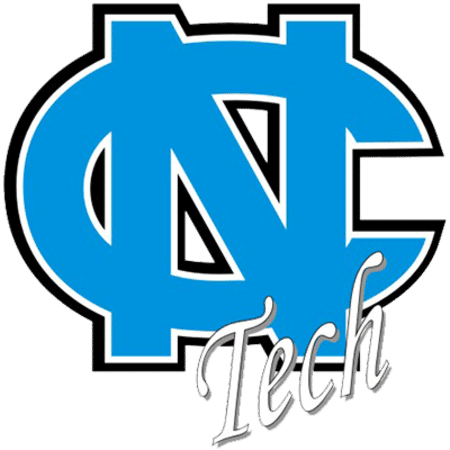 Inside the Shark Zone, Friday night December 20, Nature Coast Tech High School went to work at the start of the game against Weeki Wachee High School and got the job completed to begin the vacation season with a special feeling.

“This a good team win – everybody got to be involved, I thought that we didn’t play as well as we need to play,” Pisarcik said outside the locker room. “Credit Weeki Wachee. They are getting better each week. We knew that we needed to play well and we didn’t.”

The defense for the Sharks went to work against Weeki Wachee High School in the first quarter and continued for the rest of the game, only allowing the Hornets to score eight points and finished the half with 11 points.

Nature Coast Tech man-to-man defense kept forcing the Hornets into selecting and taking bad shots and created no offense rhythm for the entire game for the Hornets. The Sharks were physical under the boards and took advantage of the smaller line up out on the court for the Hornets.

Nature Coast Tech offense is the result of the Sharks’ defense as it creates turnovers and a lot of 50/50 balls that they are able to get to and startup the transition offense.

“We are going to be sound defensively,” Pisarcik said. “We communicate well, we are not going to score a lot of points this year, so that is what we are going to hang our hats on.”

Weeki Wachee High School basketball coach Steve Boyett said that the Hornets were undermanned against the Sharks with three players missing from the bench but he was happy that his team did not quit competing during the game.

“We’re missing our 6’5″ center, he was out sick tonight,” Boyett said after his team’s meeting. “Nature Coast deserved the win.”

Leading the Sharks offensively from the floor was starting senior guard Cai Teague. Teague struggled in the first half with his accuracy of his shot but like all shooters, he continued shooting the ball and his precision improved in the third quarter and finished the game with 15 points.

Malek Harris entered the game from the bench for the Sharks against the Hornets and had his best game of the season. Harris is the sixth man for Nature Coast Tech coming into the game as the first substitute for the Sharks, selected by Pisarcik. Against the Hornets, Harris came off the bench and scored 11 points, he was able to beat his defender on the dribble, he was able to get free and drive to the basket for layups.

After having scored 32 points back on Friday night Dec. 13, against Crystal River High School, senior forward Philip Scalise is receiving a lot more attention from the opposing defense. Against the Hornets, Scalise scored 11 points for the Sharks.

With a big lead, the challenge for Pisarcik is after halftime to keep his team focused and to execute the little things out on the court that is required for a team to keep winning games.

Nature Coast Tech High School has a tendency to come back to the floor for the second half and struggle finding points and keeping control of the basketball. The offense for the Sharks struggle with consistency, the play is out of control, which creates too many turnovers and that creates pressure on the defense and fouling by the Sharks.

In the third quarter Weeki Wachee High School came out of the locker room at the start of the third quarter and had their best quarter of the game by scoring 10 points. They were able to force the Sharks in to turning the ball over, what Pisarcik describes as the Sharks losing focus.

With 5:30 left to play in the third quarter, Pisarcik called for a 30-second timeout for a special speech in the huddle and remind the Sharks there is still plenty of game left to play.

After the time out, the Sharks came back out to the floor, they took their positions and went back to work. The defense found the focus, they started to smother the ball and forced the Weeki Wachee into turning the ball over.

In the fourth quarter, Pisarick was able to empty his bench and gave everybody a chance to play in the game against the Hornets. Pisarick said that made the night and the win for the Sharks a special one.

Nature Coast High School will be off for a few days, but will be back in action hosting the the Nature Coast Tech High School Holiday Basketball Tournament, Friday Dec. 27, starting at 5 p.m. against Freedom High School from Tampa.

Weeki Wachee will be playing in the Hernando Holiday Tournament Jan. 2 – 4, 2020 at Hernando High School.

As the players and coaches exited the building, there were waves and hugs as the celebration began and the sound of Merry Christmas echoed across the parking lot.