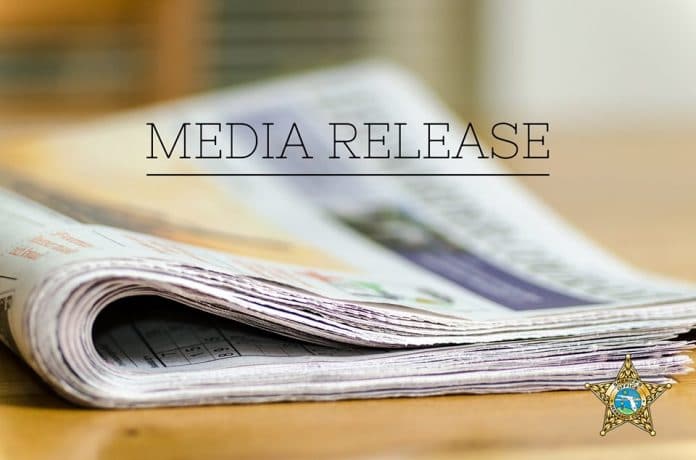 On 12-24-2019 at 5:02 a.m., Hernando County sheriff’s deputies responded to the area of Cedar Avenue in the city of Brooksville regarding a report of a possible carjacking.

A homeowner in the area advised being awakened by the sound of gunshots between 4:30 and 4:45 a.m. He then heard his front door open and water running in the bathroom.

The witness told deputies he entered the bathroom where he discovered his son’s friend bleeding from the face. The friend had been staying at the residence with his son prior to the incident.

The victim, 19, told deputies he was outside sitting in his truck when he heard gunshots. Deputies noted there appeared to be evidence at the scene that shots were fired in the area.

The victim said he fled the area to seek shelter. When the victim returned his truck was gone.

The victim, who was not shot, was taken to a local hospital for treatment of non-life-threatening injuries.

The stolen vehicle was recovered a short time later abandoned in Brooksville.

The investigation remains active and no additional details are available at this time.

Anyone with information regarding this incident is asked to call the Hernando County Sheriff’s Office at 352-754-6830, or to remain anonymous – Please call Hernando County Crime Stoppers at 1-866-990-TIPS (8477) or submit your tip via the internet at http://www.hernandocountycrimestoppers.com/ .