HomeUncategorizedWoman Charged with Exploitation and Grand Theft After Stealing More Than One...
Uncategorized 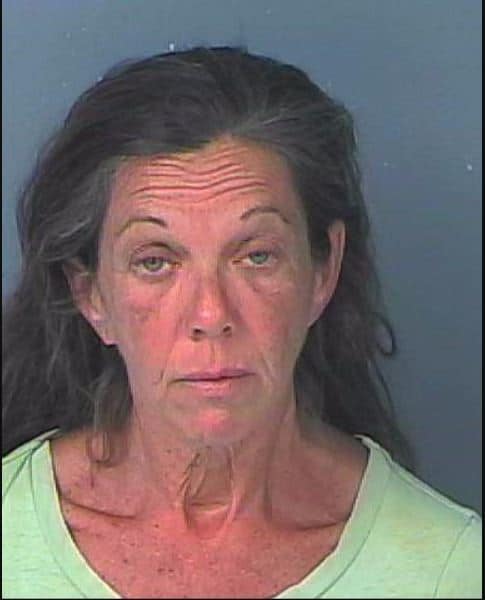 In 2016, it was determined the victim suffered from both physical and mental impairments which led to a lack of self-care and the inability to handle his own finances.
In July of 2016, a Power of Attorney was appointed to oversee the victim’s personal and financial matters; however, the victim continued to live in his own home.  In mid-2017, the victim was no longer able to live alone and moved in with the suspect, Joan Marie Procida Milligan.

From 07-11-16 to 05-13-19, Joan Procida Milligan was Power of Attorney for, and had full control over, the victim’s financial matters.  During that time, Milligan accessed two bank accounts, a credit card, and investment accounts, using the funds in ways that were not in the best interest of the victim.

The victim also had five TD Ameritrade accounts.  Milligan made a total of 42 transactions, in the form of wire transfers and checks, from these accounts that directly benefitted her.

These transactions totaled $1,032.321.19.  Of these funds, $615,321.19 was directly deposited into Milligan’s Bank of America bank account.  Another $417,000 was paid to a law firm in Jacksonville, Florida for the purchase of an old dairy farm in eastern Hernando County.  The property is listed solely in the name of Joan Procida Milligan.

All funds paid out of the TD Ameritrade accounts were reported to the IRS by TD Ameritrade as income for the victim.  The victim now owes the IRS over $60,000 in taxes.
The victim also owns two rental properties in Daytona Beach.  Both properties are now in foreclosure, due to non-payment.

The victim’s new court appointed guardian was forced to sell assets owned by the victim, in order to pay outstanding debts incurred by Milligan’s spending and non-payment of outstanding bills.

On 05-04-20, detectives made contact with Milligan at her residence, located at 18401 Fort Dave Avenue in Brooksville.  Milligan was placed under arrest and charged with Exploitation of an Elderly Person over $50,000 and Grand Theft from a Person over 65 over $50,000.  Her bond was set at $20,000, as per the bond schedule.

Prior to her arrest date, Milligan retained legal representation and did not consent to an interview with detectives regarding this investigation.

The victim is now residing in an assisted living facility and has a court appointed guardian to oversee his affairs.