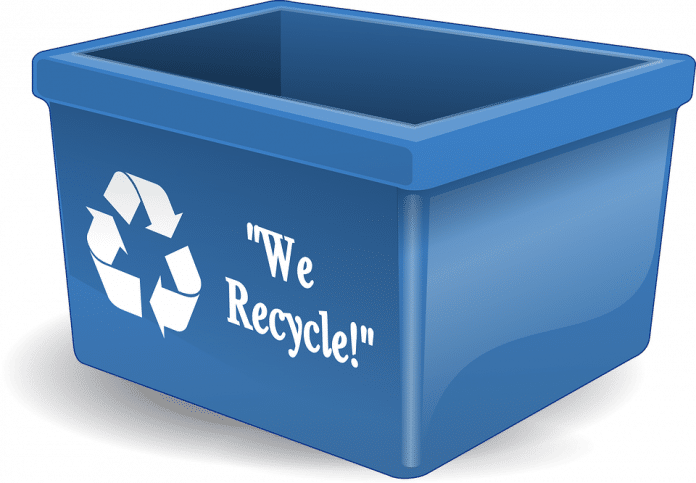 According to the Hernando County website, this county will no longer accept glass in its recycling program due to ongoing industry changes. This trend is happening around Florida and people are advised to throw their glass in the trash.

Let’s get into an explanation as to why this is happening. According to the Global Trash Solutions, there is no economic benefit to recycling glass. Recycling companies won’t accept glass because there are no buyers who want it, there is no market demand for glass right now. In the US, glass demand has steadily decreased and sadly it’s relatively worthless. This is due to cross contamination within one’s home, recycling containers, and waste/recycling centers. Only 10 states within the US currently recycle glass; including Connecticut, California, Iowa, Michigan, Hawaii, Maine, Massachusetts, New York, Oregon, and Vermont. Though this is not due to profitability, but rather because of bottle-deposit laws in these states. In the 1970s, as well as in recent years, the Florida legislature has considered the idea of passing a bottle-deposit law, but has yet to do so. I also want to remind readers of a simple recycling fact: it’s not recycling unless that item can be put towards another economical use. Because there is no economical use for glass at this time, we have stopped recycling it.

I reached out to Carmen Bruno, recycling coordinator at Hernando County Solid Waste and Recycling, to talk some more about the changes that are happening in the recycling industry. Bruno states that there actually is a small market for glass still; fiber glass installations and glass containers, etc. Companies say they want it but what they’re willing to pay for it doesn’t cover the cost of collection and transport, which brings us back to profitability, if there is none then companies are not interested.

Carmen then goes on to explain the reason Hernando County specifically does not recycle glass:  It is because the closest recycling center to us is in Sarasota. So, let’s factor in some math. To move a ton of glass to Sarasota is anywhere between $40-$150 a ton. Taking the material and cleaning out all the junk, loading that into another truck, and then taking that to Sarasota then increases costs as well, all this before labor is even factored in. (These are broad numbers that are being used, not exact.)  Also, taking material outside of the county’s jurisdiction increases the cost to the county’s own program.

Then, people often pose the question of how long stuff takes to break down and decompose in landfills. The fact is that glass never breaks down, it eventually just breaks enough to return back to silicon or sand. Of all the things that we throw in our landfills, glass poses the least risk of anything. Landfills in Florida have to maintain and protect groundwater and air, glass poses no threat to either. If glass somehow made its way into a water filter no contamination would happen, no odor or vapor is given off of the glass. Most trash blows away from landfills with the weather, glass is heavy enough to where it stays put. With all these factors into play, the decision was made to stop recycling glass in Hernando and Pasco counties.

Also, for when glass is recycled, there is always the issue of breakage. Then you’ve got thousands of broken pieces in all different colors. You then either have to find a buyer who likes this or you have to sort through pieces and separate them, which can still be dangerous with protective equipment.

As for more changes within the recycling industry, people wonder if companies should make the shift between plastic containers to glass for their products. The reality is that this will probably never happen. Manufacturers pay for the weight of products and with plastic, there is less breakage and it weighs less so the shipping cost lowers.

Another sad reality is that virgin material is cheaper than recycled material right now. So for an example, the Tampa Bay Times recently switched from recycled material back to virgin.  It’s the decision that someone has to make, for both the companies and investors which then always comes down to profit.

Talking about the problem with glass recycling also opens the door for other recycling issues. Prices for not only glass but every material across the board are so low if not in the negative, which means a mill would then charge you to take the materials to then be recycled. Prices for materials fluctuate very frequently too, Carmen Bruno said that early in the week a ton of tin cans was going to a vendor who was going to melt them down and make them into new cans, the cost was going to be $100 a ton. Prices flipped and suddenly the ton of tin’s profit was $0 and the vendor no longer wanted the cans. If the vendor had picked them up a week before, the price would still have been $100 a ton. The county now must store a ton of tin cans with no value.

As our economy shifts, we have to adjust what and how we recycle so that our waste output is as minimal as possible. We can also consider composting and reusing materials.

To briefly touch on something that is a whole other topic, recycling and sustainability are married. We have to look at what our carbon output is for recycling a ton of each material, glass, aluminum, and plastic. Recycling glass has a higher carbon output than the other two. Glass weighs significantly more than the others, so a truck that has a ton of glass is going to hold less than a truck of the other two, because they go by weight. With glass, to recycle the same amount as the other materials, truck and fuel costs go up. To top that off, aluminum and plastic are easier to melt, releasing less chemicals in the air.

The final note on this recycling issue for Hernando County, Waste Management took recycling out of the parking lot on 50. The reason behind this is people were not following the recycling rules. The county explained, “The levels of contamination and trash being placed on the ground outside of these containers has been extremely high, making the site difficult to maintain.”

Remember, recycling is a way to make a difference. Recycling reduces the need for extracting and processing materials which uses nonrenewable materials and creates waste. Recycling may save energy, which in turn lowers your greenhouse gas emissions helping tackle climate change. Other methods to reduce one’s affect on the landfills and environment include composting and reusing containers.  Visit www.hernandocounty.us solid waste and recycling section for more information on recycling rules.