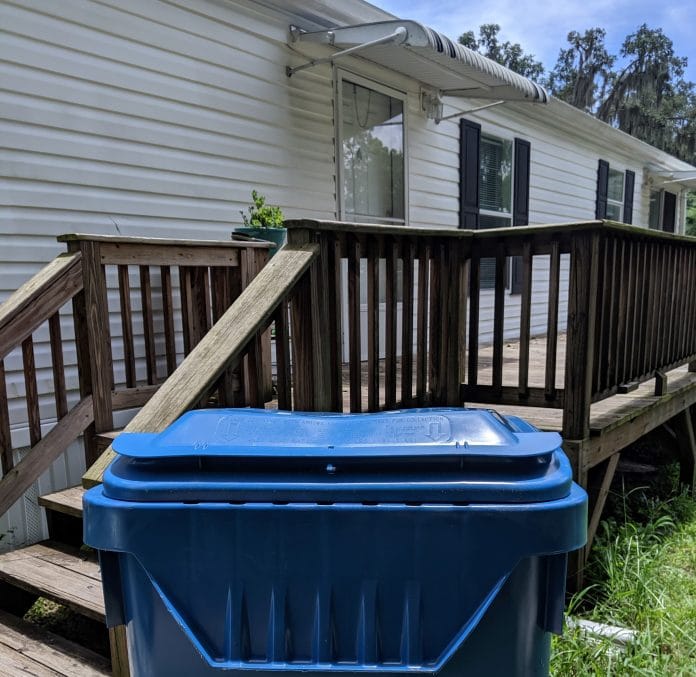 Citing dramatic performance improvements on the part of Republic Services, the Board of County Commissioners voted unanimously to increase service rates for residential solid waste collection.  The increases per agenda item documents are as follows:

The increased rate was stipulated in the original contract with Republic in 2011, In accordance with the agreement, Republic Services may request an annual increase based upon changes in the Consumer Price Index (CPI) and the Oil Price Information Service (OPIS).  However the board voted against the increase in July of 2019 after an extended period of resident complaints, missed pickups and difficulty in obtaining trash bins.

At the regular meeting on August 11, Solid Waste Director Scott Harper and Utilities Director Gordon Onderdonk presented the specifics of the three-part agenda topic. Stemming from a lawsuit filed by Republic Services in response to the board’s refusal to raise rates in 2019, an agreement was reached through mediation.

The mediation conference was held on February 13, 2020, and a meeting on June 6, 2020, during which the parties agreed to resolve their differences according to the new terms.

The approval of this agreement was also passed unanimously.  The now-final Settlement Agreement includes the following Provisions:

1. Republic Services withdraws and waives its objections to the County’s denial of its requested rate increase for the 2020 calendar year.

2. The rate adjustment sought by Republic Services for calendar year 2020 shall be set forth in the Seventh Amendment to the Franchise Agreement, which contains other revisions to resolve solid waste collection, customer service and reporting issues.

3. The Seventh Amendment to the Franchise Agreement is attached to and will be executed concurrently with the Settlement Agreement.

4. In consideration of additional costs incurred by Republic Services to pay for compensation and benefits of the new Customer Service Ombudsman (CSO), the County agrees to deduct the cost of the CSO from the amount of the liquidated damages, resulting in a negative balance.

5. Republic Services and the County release each other from claims relating to the Notice of Breach and the Notice of Liquidated Damages.

The Customer Service Ombudsman is to be a local resident, whose duties will include tracking escalated customer calls — defined as more than one call in a 24-hour period for the same issue — and ensuring that the issue gets to the appropriate person or team responsible for its resolution.  The Ombudsman will also be providing reports for review.

Chairman John Mitten said, “I love the Ombudsman idea. I don’t know who it’s going to be but I know they will be a commissioner’s best friend — highly esteemed.”