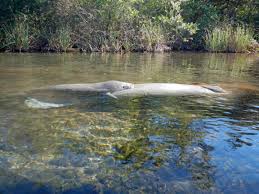 The Weeki Wachee Capacity Study Working Group was formed earlier this year to address problems along the Weeki Wachee River.  Led by County Administrator Jeff Rogers, the group seeks to repair damage to the river’s banks and vegetation, reportedly caused by human traffic.

The group is assembled of members from several agencies including the Southwest Florida Water Management District (SWFWMD), Department of Environmental Protection (DEP) and the Florida Fish and Wildlife Commission (FWC) along with local county leaders and staff.

On December 11, 2020 the focus was on preventing human traffic on the river’s banks and educating visitors on their impact.

Randy Smith, Natural Systems & Restoration Bureau Chief for SWFWMD introduced their General Counsel, Karen West who said changes to the laws governing waterways and watercraft will probably not be a complete solution.  Some land use rules are being investigated and will probably become laws to prevent watercraft users from mooring along the river banks and erecting rope swings and other human-made devices along the river.  The laws are expected to be adopted during the legislative session in 2021.

These new laws will specifically prohibit access to SWFWMD’s land from the waterway.  “The caveat,” West noted “is that when [a visitor] gets to our uplands (land that is not in the water) they can still stop their boat and as long they’re still standing in shallow water, that’s not our property, that’s sovereign land.”

While the prohibition to SWFWMD’s land may help, it will not solve the entire problem.

West went on to say that the new specific legislation is separate from general trespassing statutes, and will aid in the enforcement of it.

Brandy Elliot, FWC’s General Counsel, advised the group that the current Springs Protection Act does not apply to anchoring of watercraft.  It only regulates speed and operation, and access restrictions currently only apply when and where a public safety issue exists.

Brian Fugate, of the DEP reported that his agency has been also specifying language for future restrictions with the hopes that the river will begin to mend.  DEP is  moving forward currently with the restoration of point bars.  Point bars are the attractive sandbar-like formations where visitors moor their crafts to swim, mingle and sometimes use the now-prohibited rope swings.  Repairing these areas has already necessitated the restriction of visitors.

Thomas Graef of the FWC said his agency currently has no rule-making guidelines to amend the Springs Protection Act, which governs their procedures.  Graef stated that they would like to develop a set of rules that only apply to the Weeki Wachee.  Development of this specific act will involve the public, as well as several agencies.  “We want to not apply one [set of rules] across the entire state.”  This process is still very early in the process at the FWC level.

Locally, Hernando County Sheriff’s Office Captain John Cameron, who is in charge of the Marine Unit which patrols the Weeki Wachee emphasized the importance of educating and informing visitors. “We would like to have education be the key before we take any type of enforcement, if there are going to be any rule changes that go into effect … that would let us determine the effectiveness of the education.”

SWFWMD’s Lead Communications Coordinator, Michelle Sager sent each member a draft of a poster containing graphics for public information which is expected to start circulation in March, when the weather warms and more people visit the river.  Hernando County’s Tourist Development Manager Tammy Heon is poised to get the new information out to residents and potential visitors through a number of channels.

The minutes of the Oct. 9, 2020 meeting describe the use of sawgrass to deter recreating as well as educational signage, “The first category of Management Options that could be conducted without regulatory actions were discussed, including recreation guidance signage, educational outreach, use of sawgrass as vegetation to prevent recreating on point bars, removal of rope swings along the river not on private property, tie off in shallow open water areas, and reinforcement of susceptible banks and trees.”

Rogers reported that he recently met with an estimated 90% of business owners who rent kayaks and stand-up paddleboards along with other related vendors. He reported that most of the businesses are receptive to these pending rule changes, and he hopes to have the new information and signage available at the locations where visitors rent watercraft and conduct other related business.

Sager estimated that with signage in place and public education, it will take at least a year “for minimal results, and it takes 2-3 years to see behavior change.”